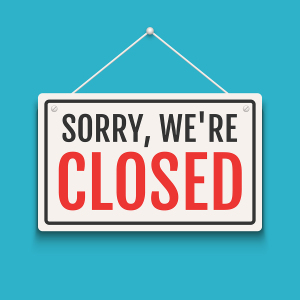 Following news of an upcoming nurses strike, the University of Chicago Medical Center has closed its Level 1 trauma center.

The Hyde Park hospital shut down its pediatric Level 1 trauma program on Monday, Nov. 18, followed by its adult trauma program on Wednesday, Nov. 20. Its decision comes ahead of a walkout of approximately 2,200 nurses on Nov. 26, planned by the union, the National Nurses Organizing Committee/National Nurses United (NNOC/NNU) over displeasure with proposals made by UCMC during ongoing negotiations between the two.

“We are acutely aware of the vital role we play in providing critical services to the South Side,” UCMC president Sharon O’Keefe said in a statement. “Unfortunately, it appears that the timing of this second strike is designed to inflict the maximum impact on the community and on our patients. While we’re aggressively recruiting about 900 replacement nurses, it’s exceptionally difficult to hire people who are willing to leave their families during Thanksgiving.”

The lack of available replacement nurses, according to O’Keefe, puts inpatients at a disadvantage, with other hospitals unable to accept transfers due to being at or near capacity. Adult and pediatric emergency rooms at UCMC, however, will remain open for walk-in patients.

In addition to the closing of its trauma programs, the hospital is transferring about 50 premature infants from its neonatal ICU, about 20 children from its pediatric ICU, and high-risk obstetrical patients. It is also canceling and rescheduling elective surgeries.

The strike is the second one to take place this year, with the first occurring in September. Approximately 2,200 nurses represented by the NNOC/NNU walked out of their jobs at three hospitals in Hyde Park to strike in a one-day demonstration. UCMC claims it was forced to offer replacement nurses five days of work in order to attract qualified and experienced personnel, resulting in the striking nurses losing five days of work rather than just one. The medical center believes that another strike will put its nurses out of work until Sunday, Dec. 1.

NNOC/NNU claims the decision to strike again is motivated by a number of issues under negotiation, including incentive pay, a practice in which nurses are paid a 20 percent increase in their base hour pay rate once they have worked 24 hours a week. The union seeks to expand this practice to new hires and additional nurses who do not currently receive incentive pay. UCMC has offered to continue incentive pay for current inpatient nurses, but cease offering it to new hires. “UCMC has offered in writing to raise its base salary increase proposal if the Union will compromise on issues such as this. The Union refuses,” said the hospital in a statement.
1(current)
2