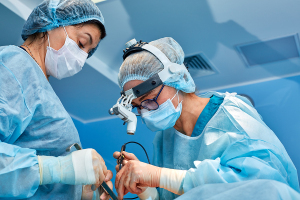 The trial is seen as a first potential step toward expanding the time surgeons have to save seriously injured patients by using a technique known as emergency preservation and resuscitation (EPR). It also aims to reduce brain damage that survivors often incur as a result of their injuries.

“A little surreal” were the words Dr. Samuel Tisherman, a professor of surgery at the University of Maryland, in Baltimore, used to describe the experience in an interview with New Scientist magazine.

Performing EPR involves cooling the brain to around 10 C to 15 C (50 F–59 F) by replacing the patient’s blood with ice-cold saline solution. This reduces brain activity in trauma patients to a near standstill and slows their physiology to a point where surgeons gain a number of extra minutes — possibly more than an hour — to operate. Clinicians typically pump the solution directly into the aorta so that it can be carried away by the artery, just like blood, from the heart to the rest of the body.

Among the participants in the trial will be 20 men and women who suffer acute injuries that put them in danger of bleeding to death and who suffer heart attacks shortly before they can be treated. Ten will receive EPR, while the other ten will receive standard ER care. They will have lost more than half their blood supply and their heart will have stopped beating. A surgical team will have two hours to fix the injuries before the patient is warmed up and their heart is restarted, according to New Scientist.

Such patients are often victims of stabbings and shootings who normally have less than a five percent chance of survival. The severity of these injuries can cause the heart and blood to stop circulating, thereby leading the brain to become starved of oxygen and risk causing irreparable damage within about five minutes. Previous demonstrations showed some success in the use of EPR on injured pigs, though the procedure is not always successful.

“We felt it was time to take it to our patients,” Tisherman told New Scientist. “Now we are doing it and we are learning a lot as we move forward with the trial. Once we can prove it works here, we can expand the utility of this technique to help patients survive that otherwise would not.”

The trial will run until the end of 2019, with full results expected to be made public in late 2020.