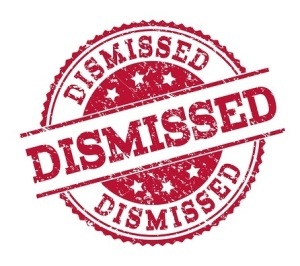 The suit was dismissed following a request by the parties who filed the claim — known as the "relators" — for the suit be withdrawn at the end of October.

“In essence, a little more than a month after the DOJ determined it would not intervene and closed its investigation into the matter, the Relators who initiated this claim formally withdrew their lawsuit, the DOJ concurred and a federal judge then formally dismissed this case,” ProScan’s CEO and medical director, Dr. Stephen Pomeranz, and president and COO Mike O'Brien, told HCB News in a letter sent to colleagues about the dismissal. “The support of our business partners, the community and those we serve globally has been remarkable and inspiring. Thank you all for being so important to ProScan’s success.”

Filed by a competitor, Dr. Peter Rothschild, who was working with former ProScan marketing contractor Jason Taylor in October 2017, the suit became public knowledge in September 2019 when federal prosecutors requested it be unsealed.

It claimed that ProScan Imaging filed for and received reimbursements from Medicare, Medicaid and Tricare for MR exams that were "ghost-read" by lower-paid physician assistants instead of qualified physicians. These interpretations, it said, led to misdiagnoses and missed diagnoses, and cost the government millions.

“This lack of proper review has caused injury to patients whose images were mistakenly read as normal by the unlicensed readers, and not properly reviewed by a qualified physician,” read the suit, which was filed in the U.S. District Court of Cincinnati. “Likewise, ProScan frequently misdiagnoses as serious — and even life-threatening — imaging findings that are of no consequence.”

Taylor, who worked in marketing and sales for the company’s Jeffersontown location in Kentucky in 2015, claimed that Pomeranz attempted to recruit him into a one-year, uncertified, secret training program to teach him to be a "ghost reader". Taylor refused and chose not to renew his contract when it expired in the spring of 2016.

Rothschild, who developed the open MR and holds an MR patent, said he became aware of the alleged scheme at ProScan when reviewing numerous reports issued by the company, that were directed to him by physicians who had “grave concerns” about the findings.

The Department of Justice backed the dismissal.