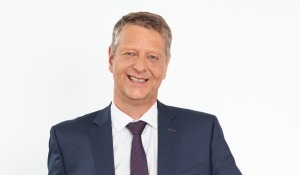 Andre Hartung
An 18-year veteran at Siemens Healthineers, Andrew Hartung has held a number of his roles that have exposed him to advancements around a number of imaging modalities. Most recently, he was appointed president of imaging diagnostics, overseeing projects and innovations carried out around every type of imaging.

Hartung sat down this week at the annual Siemens breakfast at RSNA to discuss his new role with Healthcare Business News.

HCB News: You've been in the imaging industry for a long time now. Looking back at 15 years ago, what were the big topics that everyone was excited about?

Andrew Hartung: 2004 and 2005 were pretty much about advancements on the hardware side of things. When you look at CT, it was about the number of slices, rotation speed, generator power or X-ray power, and for good reason. At that point in time, there were technical limitations for some of the examinations that are today clinically routine. For instance, cardiac CT started off in 1999 and then developed pretty fast with the advancement of technologies such as temporal resolution for how fast you spin and the number of slices for how fast you scan. That was the technical enabler.

When you look today, what’s driving innovation is basically the means of digitalization. When you are looking at recent launches here at RSNA from Siemens Healthineers, such as the SOMATOM X.cite for instance, it does come with high performing hardware, but the most important thing is the built-in navigation system which provides a simple way to receive very high quality results. That was driven by AI and machine learning, and that was certainly different 15 years ago.

HCB News: You recently became head of imaging diagnostics for Siemens Healthineers. What specific areas of imaging, or modalities, have you been focusing on since taking on the new role?

When you begin a new position, you start focusing very strongly on those areas you have not covered much in your own career. I have a lot of experience in CT of course, as well as X-ray. From that point of view, I put a lot of focus on all the digitalization part, as well as MR just for the sake of learning myself what is really driving this modality. It’s fascinating because there is this high level research in the MR field, with the most luminary customers in the world. If we co-develop with these guys to take all the advantages our technology brings and then translate this into a routine, that’s very fascinating.
1(current)
2