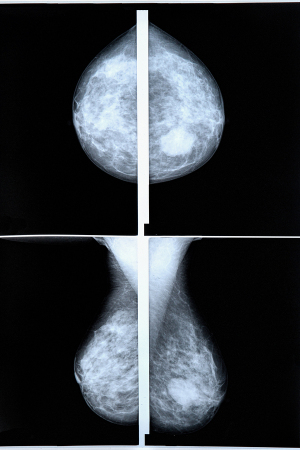 The biomechanical approach automatically merges data from the different images, allowing clinicians to search for signs of abnormalities, suspicious lesions and indications of cancer that appear differently in various types of scans. It also produces more personalized models to support individual patients in the diagnostic and therapeutic processes, said the scientists, who received $1.05 million in philanthropic funding for their research.

“After a mammogram, follow-up imaging known as ‘second look ultrasound’ can involve clinicians spending up to an hour, just trying to find, with some degree of certainty, the same piece of abnormal tissue that they spotted on a mammogram,” said Dr. Martyn Nash, a professor of engineering science at the Auckland Bioengineering Institute, in a statement.

The difficulty in merging information from mammograms, ultrasound and other modalities arises from the different positions in which each modality scans the breast. X-ray mammograms, for instance, require a patient to stand while the breast is compressed between two plates, while ultrasound is performed when the patient lies on her back. MR imaging, in contrast, is performed while the patient lies on her stomach.

In addition, the breast is a soft organ that changes shape based on the position in which it is held, enabling cancerous lesions to move around in response to the external loads. This makes it challenging to identify exact regions of the breast that require further investigation or treatment.

With the approach, users can co-locate abnormalities using MR to identify regions of increased blood supply and tumor growth. This includes micro-calcifications, tiny and difficult-to-detect features visible on X-ray mammograms that may be early warning signs of cancer.

“We're using biomechanics to predict the movements of those suspicious tissues, so when a person is lying on her back, such as during surgery, the surgeon can be provided with a much better idea as to where to find the suspicious lesion,” said Dr. Babarenda Gamage, a research fellow at the Auckland Bioengineering Institute.

He adds that this ability decreases the chance of performing incomplete excisions on patients who have undergone breast conserving therapy, a practice which makes it difficult to completely remove a tumor in its entirety. Such situations often require the need for additional surgery to remove the remainder of the malignancy, putting the patient at risk for infection and psychological distress, as well as impacting the cosmetic results of the breast conserving therapy.

The technique also enables personalized assessments of individuals by identifying the different biomechanical properties of different types of breast tissue. Researchers devised this capability using 200 scans from the Auckland District Health Board as a basis.

“Breasts come in all shapes and sizes”, said Dr. Poul Nielsen, a professor of engineering science at the Auckland Bioengineering Institute, “and the mechanical properties of the tissues vary from person to person. So that provides a challenge: to create, realistically, individual specific models.”

Research was conducted in collaboration with Dr. Anthony Doyle, an MR expert at Auckland City Hospital, who provided feedback to the team and helped it learn to develop methods for analysis and mathematical modeling of breast tissue, as well as identify key clinical challenges.

The 200 scans provided as a basis for the approach were done so with consent from patients.