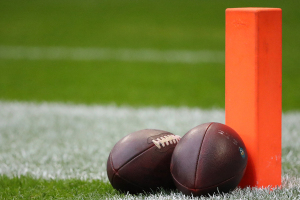 “Ten former NFL players allegedly committed a brazen, multi-million-dollar fraud on a health care plan meant to help their former teammates and other retired players pay legitimate, out-of-pocket medical expenses,” said Assistant Attorney General Brian Benczkowski for the Criminal Division of the U.S. Department of Justice in a statement. “Today’s indictments underscore that whoever you are, if you loot healthcare programs to line your own pockets, you will be held accountable by the Department of Justice.”

The plan provided tax-free reimbursement for out-of-pocket medical expenses not covered by insurance for former players, their wives and their dependents. Each player was covered by up to a maximum of $350,000.

The indictments allege that the defendants purposely attempted to undermine the plan by submitting false claims and obtaining money for the use of medical equipment that was never purchased or received, and ranged in cost between $40,000 and $50,000 for each claim. Among the devices that the claims referred to were ultrasound machines designed for performing women’s health examinations in a doctor’s office; hyperbaric oxygen chambers; and electromagnetic therapy devices designed for use on horses.

The five are alleged to have recruited other players by offering to submit or cause the submission of false and fraudulent claims in exchange for kickbacks and bribes ranging from a few thousand dollars to $10,000 or more per claim submitted. They also are accused of fabricating supporting documentation for the claims, including invoices, prescriptions and letters of medical necessity, with McCune and Buckhalter allegedly calling the plan and impersonating other players in order to check on the status of the claims submitted.
1(current)
2