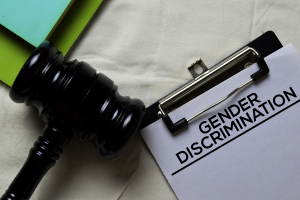 Jennifer McDowell alleges that the hospital allowed male staff to treat her badly because of her gender and fired her when she complained
A former radiology director is suing her previous place of employment for an undetermined sum in excess of $75,000 on the grounds of gender discrimination and harassment, and unequal pay.

Jennifer McDowell, who served as director of radiology at Mercy Medical Center in Cedar Rapids for two years, filed a lawsuit in November against the hospital and two former colleagues, alleging that the institution allowed several male medical officials to “undermine, disrespect and demean” her because she was a woman, and then fired her when she complained about the behavior. She also claims to have been paid significantly less than her male predecessor, according to The Gazette.

Mercy Medical refutes these claims. "Mercy has a long history of commitment to providing a respectful, inclusive and equal workplace, including providing fair compensation and benefits regardless of gender," hospital spokeswoman Karen Vander Sanden told HCB News in a statement. "Mercy has worked, and will continue to work, in a manner consistent with the highest standards of individual and organizational integrity while meeting all ethical and legal standards. We firmly deny these claims and believe they will be found meritless."

When interviewing for the position in October 2016, McDowell says in her suit that she was subjected to several questions based on her gender, including if she had children and if her husband would move with her should she be offered the job.

"I was introduced as a 'prettier replacement' to a group of physicians that I was intended to lead," McDowell, who now works as a director of imaging at Northern Arizona Healthcare, told HCB News. "I sat in on the meeting, and the director who was handing over responsibility to me told everyone in the room to try to keep their eyes above my breasts, and he was motioning with his hand and told them to concentrate on what I was saying... in front of me, in the room."

She claims that the hospital treated the behavior and performance of male physicians differently from their female counterparts, moving men who did not meet expectations to different positions.

She says that upon learning in May 2018 that her predecessor, a man, was paid approximately $30 more per hour that she was — an annual sum of $62,000 more — she consulted her supervisor, who told her the difference was due to the difference in their job titles. McDowell asserts she held greater responsibilities than her predecessor, including overseeing the construction of a new facility, coordinating two organization shifts and managing five departments to his four. She also maintains that the job description for both was the same and that they held the same level of seniority, reported The Gazette.
1(current)
2