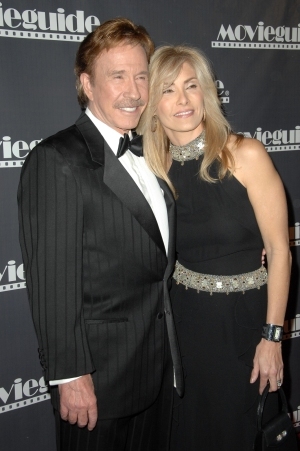 Chuck Norris and his wife, Gena, have chosen to dismiss their lawsuit against 11 drug companies that produce gadolinium-based contrast agents for MR exams
Actor and martial artist Chuck Norris and his wife, Gena Norris, have chosen to voluntarily dismiss a lawsuit they filed against Bracco Diagnostics Inc., the U.S. subsidiary of Bracco Imaging S.p.A.

The diagnostic imaging business was one of 11 drug companies named in the suit when it was filed in 2017. The Norrises alleged that injections of Bracco’s MR contrast agent, MultiHance (gadobenate dimeglumine) injection, 529 mg/mL, for a series of scans led Gina to develop Gadolinium Deposition Disease and resulted in numerous hospitalizations that cost the couple $2 million or more in out-of-pocket costs.

“These companies continue to say that there is no link between gadolinium and adverse events, even though the evidence is overwhelming that this heavy metal stays in the body for years, rather than hours,” they said in a statement at the time they filed the suit.

Gena alleged the contrast agent led her to develop GDD and experience symptoms that include cognitive impairment, body pain/burning, kidney damage, loss of energy/mobility, and difficulty breathing. She said in 2017 that she continued to require treatment even five years after her last exposure to gadolinium, including controversial and unreimbursed chelation therapy, for the damage she suffered.

Upon the dismissal, Bracco released a statement expressing its satisfaction over the decision by the Norrises and their attorneys to end litigation. “Bracco takes patient safety very seriously and stands behind the safety of all of its products, including the MR contrast agents ProHance® (Gadoteridol) Injection, 279.3 mg/mL and MultiHance.”

No settlement payment was made and each party paid their own costs.

The case is now officially closed.