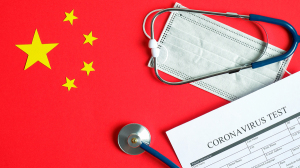 Deaths from Coronavirus have soared over 1,300 in Hubei due to the province now including CT diagnoses for the virus
The number of deaths from COVID-19 (commonly known as the coronavirus) in the Hubei province of China soared Thursday by a record of 242 to 1,310.

The climb was derived from the provincial health commission’s decision to adopt CT scanning to diagnose the virus, with the increase in the death toll more than double that of the prior provincial daily record of 103 set earlier last week. This catapulted the number of new cases to 14,840, creating a total of 48,206 — another daily record, according to Reuters.

“Presumably, there are deaths that occurred in people who did not have a lab diagnosis but did have a CT. It is important that these also be counted,” Raina McIntyre, head of biosecurity research at the Kirby Institute at the University of New South Wales in Sydney, told the news outlet.

The province initially recognized only RNA test confirmations for the disease as valid. Processing results from these tests, however, takes days and delays treatment, and the capital of Hubei, Wuhan — where the virus originated from in December 2019 — has faced a shortage of such tests, enabling the virus to spread.

The commission chose earlier this month to recognize CT diagnoses for coronavirus, and began doing so this past Thursday to allow hospitals to isolate and treat patients more quickly. It also revised its old data and previous assessments of suspected cases. Excluding cases identified with CT, the number of new confirmations rose by only 1,508, according to official data.

The World Health Organization has declared the coronavirus a global health emergency that has affected thousands of lives in countries all over the world, including the U.S. Concerns have led countries to suspend flights to China and taken a hit on the Chinese economy.

Common symptoms that could help encourage early intervention, if identified, include bilateral ground-glass and consolidative pulmonary opacities; nodular opacities; crazy-paving pattern; and a peripheral distribution of the disease, according to radiologists in the U.S. and China.

Manufacturers such as Siemens, GE, Canon, Philips and United Imaging Healthcare have donated diagnostic equipment and resources to help identify and provide treatment to individuals with the disease early.

“Considering the relief it could bring by helping to provide access to care and prevention at this time of crisis, we have worked fast to get this donation and expertise across,” said Margot Cooijmans, director of the Philips Foundation, in a statement.