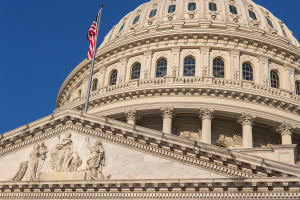 The idea is outlined in President Donald J. Trump’s 2021 budget, and would mark a 7% decline from the previous year’s funding levels, according to the Ad Hoc Group for Medical Research, a collection of 335 organizations that wrote to Congress earlier this month to ask that it not approve the cuts but instead implement a $3 billion increase in funding, year over year.

“Today, more than ever before, we are on the cusp of profound new advances in science and medicine, such as cancer immunotherapies and gene-editing tools,” wrote the authors. “These discoveries can help solve some of our greatest health challenges and hold great potential to yield treatments for devastating diseases that currently have none. To further realize the potential of medical research, we must continue this forward momentum.”

Trump’s 2020 spending plans provided $41.7 billion in funding to the NIH for research initiatives such as Cancer Moonshot ($195 million) and the Childhood Cancer Data Initiative ($50 million).

The Ad Hoc Group for Medical Research is seeking to push funding to $44.7 billion in 2021, asserting that it would enable “meaningful growth” above inflation in the base budget and would expand the support the NIH could offer to research initiatives in all disciplines of science across the agency. It would also ensure that funding from the Innovation Account established in the 21st Century Cures Act would supplement the agency’s base budget, as intended, through dedicated funding for specific programs.

An added bonus is a recommendation for the creation of a funding allocation for the Labor-HHS Subcommittee to allow for necessary investments in the NIH and other agencies that support healthcare in the U.S.

“Our community recognizes the difficult fiscal choices that lawmakers face,” wrote the group. “In this time of unprecedented scientific opportunity, we urge Congress to enable and support a continued commitment to medical research.”