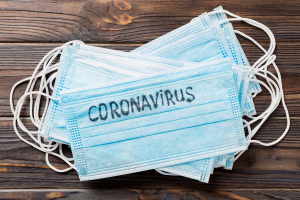 Hospital beds, especially in the ICU, may be a critically significant issue, but a possible shortage of respirators and ventilators could fast explode the COVID-19 crisis.

A spot of good news on that front hit yesterday, when the Defense Department told reporters that it would be releasing as many as 5 million single-use respirator masks, 2,000 deployable ventilators, and at least 14 testing labs from its stockpile.

Defense Secretary Mark T. Esper said the respirators and ventilators will come from the U.S. military’s strategic reserves and will be offered to the Department of Health and Human Services for distribution.

“The first 1 million masks will be made available immediately,” Esper told reporters at the Pentagon, according to the Washington Post.

The equipment will be released to HHS to deploy.

U.S. officials have been stressing the shortgage of the equipment — and some experts say that as many as 3.5 billion respirators will be needed during the pandemic.

U.S. hospitals only have about 62,000 up-to-date machines at present the Post noted, citing figures from the Society of Critical Care Medicine.

“The time for action by the government is now,” Kiple told the business site. “[Covid] is most likely to get worse next fall.”

Ventec is one of a number of players in the market, which includes Medtronic (under the Puritan Bennett brand), GE Healthcare, and Allied Healthcare in the U.S., and Hamilton Medical, Getinge, Drägerwerk and Philips Healthcare in Europe.

Annual production capacity worldwide, Kiple told the site, is about 40,000 to 50,000, but some of this output is of machines not suitable for intensive care units.

One fortunate aspect of the supply crunch is that not all ventilators need the same parts. “Every ventilator [maker] has individually engineered products,” Richard Branson, a respiratory therapist and emeritus professor at the University of Cincinnati, told Forbes.

An estimated price tag to put 50,000 new machines into U.S. hospitals could be billions. But that's not the only problem — there is also staffing. According to a recent report, Forbes noted, emergency staffing for 96 patients on ventilators is one ICU doctor, four non-ICU M.D.s each in charge of 8 respiratory therapists, four ICU nurses and 12 non-ICU nurses.
1(current)
2