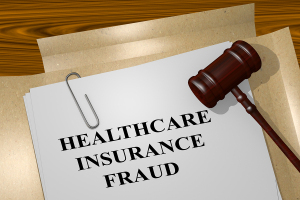 The U.S. agency has accused the healthcare insurer of intentionally submitting inaccurate medical codes to the federal government to receive higher payments in return for its Medicare Advantage plans — payments funded by millions of dollars in taxes. Anthem denies any wrongdoing.

“We are confident that our health plans and associates have complied with Medicare Advantage regulations, including those set forth by the Centers for Medicare and Medicaid Services (CMS), and we intend to vigorously defend our Medicare risk adjustment practices,” the insurer told HCB News in an email. “The government is trying to hold Anthem and other Medicare Advantage plans to payment standards that CMS does not apply to original Medicare, and those inconsistent standards violate the law.”

The allegations according to the lawsuit are purported to have taken place between early 2014 and early 2018, and concern Anthem’s use of “risk adjustment”, a practice in which Medicare Advantage companies assign scores to their members based on the health conditions they have.

Higher risk scores for a patient demand higher payments from the federal government to companies that insure him or her. Insurers must review patient medical charts to verify health conditions and delete any inaccurate diagnoses. A deletion requires companies to pay back the federal government for funds provided to it for the condition in question.

The DOJ alleges that Anthem only focused on finding “all possible new revenue-generating codes” and knowingly ignored all erroneous diagnoses. Among its evidence is a case from 2015 involving a member who had active lung cancer. It says that Anthem did not substantiate the diagnosis and instead of deleting it, added another three codes that led to a $7,000 overpayment for the member for that year.

The fraud, according to the suit, involved the use of a “retrospective chart review” program in which a hired vendor would review medical records from providers for services they provided to beneficiaries enrolled in Anthem’s Part C plans, and identify all the diagnosis codes supported by the records.

Anthem counters that the suit is one of many attempts to hold it and other insurers to a standard on risk adjustment practices, without providing clear guidelines.

“Where regulations have not been clear, Anthem has been transparent with CMS about its business practices and good faith efforts to comply with program rules,” it said in its emailed statement. “We think the agency should update regulations if it would like to change how it reimburses plans for services delivered.”

Until now, the DOJ has not filed a lawsuit against a major player, according to news outlet Axios, which reports that allegations of fraud like this continue to be made against insurers of the program. The result of this case could have significant consequences for Medicare Advantage, which continues to enroll seniors and people with disabilities at high rates.