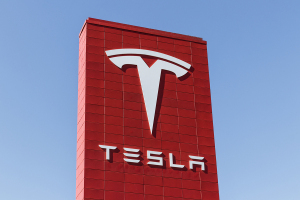 Tesla is making some FDA-approved ventilators it has on hand available to hospitals — and will cover shipping as well.

"Device and shipping costs are free. Only requirement is that the vents are needed immediately for patients, not stored in a warehouse. Please contact me or @Tesla now," CEO Elon Musk tweeted.

Musk had earlier announced that the company had gotten the devices from China.

"China had an oversupply, so we bought 1,255 FDA-approved ResMed, Philips & Medtronic ventilators on Friday night & airshipped them to LA," Musk previously tweeted.

Some are heading to hard-pressed COVID-19 fighters in New York.

New York City Mayor De Blasio tweeted about the donation, "I spoke with @elonmusk late last night. He's donating hundreds of ventilators to New York City and State, including our public hospitals. We're deeply grateful. We need every ventilator we can get our hands on these next few weeks to save lives."

On March 27, Tesla also announced plans to reopen its plant in Buffalo, New York, to begin its own production of ventilators.

“Giga New York will reopen for ventilator production as soon as humanly possible. We will do anything in our power to help the citizens of New York,” Musk tweeted at the time.

Plans call for Tesla to partner with ventilator maker Medtronic. “One of our ventilators will be made by them, and they’re fast on track to make that as well,” Medtronic CEO Omar Ishrak said at the time.

Medtronic is making the device plans for its Puritan Bennett 560 (PB 560) ventilator available to Tesla, as well as any other firm for free, according to a company statement.

“Medtronic recognizes the acute need for ventilators as life-saving devices in the management of COVID-19 infections. We know this global crisis needs a global response. Over the past few weeks, we have ramped up production of our Puritan Bennett 980 ventilators. But we also know we can do more, and we are,” said Bob White, executive vice president and president of the Minimally-Invasive Therapies Group at Medtronic. “By openly sharing the PB 560 design information, we hope to increase global production of ventilator solutions for the fight against COVID-19.”

The plans are available to download by registering online here.

The race to obtain ventilators has grown as the COVID-19 crisis has exploded — both around the world and in the U.S.

On Monday, Ford Motor Company and GE Healthcare announced that they would partner to make as many as 50,000 third-party ventilators in 100 days and 30,000 a month after that.

“Our deep understanding of the healthcare industry together with Ford’s supply chain and production expertise will help meet the unprecedented demand for medical equipment,” said GE Healthcare president and CEO Kieran Murphy in a statement.