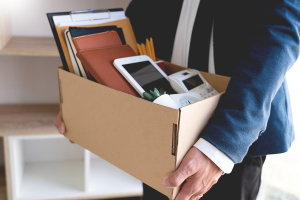 The pandemic continues to hammer the U.S. economy — and the healthcare sector has not escaped its wrath.

In April, the Bureau of Labor Statistics reported, the nationwide unemployment rate soared 10.3 percentage points to 14.7%.

“This is the highest rate and the largest over-the-month increase in the history of the series (which goes back to January 1948), the BLS said in a statement, detailing that this rise was 15.9 million to 23.1 million unemployed in April. Women, teens, blacks and Hispanics were hardest hit. And the number of permanent job losses soared by 544,000 to 2 million.

“The sharp increases in these measures reflect the effects of the coronavirus pandemic and efforts to contain it,” it added.

The larger economic picture remains dire, according to BLS, shown by such massive job losses and unemployment at a rate not seen since the Great Depression.

While leisure and hospitality industries were hardest hit, healthcare was not spared — with employment in that sector down 1.4 million.

Part of the job loss challenge comes from the need for the healthcare sector to cut back on profitable elective procedures.

"Let's be clear, elective surgeries are the lifeblood of many hospitals, if not all hospitals," Mary Dale Peterson, president of the American Society of Anesthesiologists, told ABC News in March, when the healthcare sector lost 43,000 jobs. "They account for 50% to 60% of profits for most."

For example, Tulsa County, Oklahoma-based Hillcrest Medical System had to furlough 600 healthcare workers when faced with economic shortfalls from the pandemic. Its CEO Kevin Gross told ABC News in April that surgeries had dropped 75% over the entire system — which has been part of a fairly typical trend to cancel such elective procedures in hospitals nationwide.

This has created massive revenue challenges for him — and across the entire healthcare spectrum — as his organization "seeks to balance our resources against the economic impact we are seeing," he explained to the news site.

Dentistry is a healthcare area that has been particularly hard hit. Almost 97% of U.S. dental offices were shuttered, save for emergencies, in the last month due to the pandemic, the American Dental Association told CNBC, resulting in a 90% layoff of staff.

While devastating in the immediate run, it is possible that such job losses are temporary and will shortly come back.

“This week 28 states have reopened… In those states we're finding 48% of dentists have fully hired back their staff, which is a considerable jump from two weeks ago,” ADA's chief economist Marko Vujicic told the business news site.

In March, pushed to the fiscal brink by the pandemic, administrators, clinicians and nurses urged the government to provide federal aid to help in the COVID fight.

“We’re trying to figure out how to stay in business,” said Scott Graham, CEO of Three Rivers and North Valley Hospitals in rural Washington state, at an AHA press briefing, noting that “the revenue that typically comes in that we need to cover the cost of operating has dried up. We are now in a negative cash position and are using credit.”