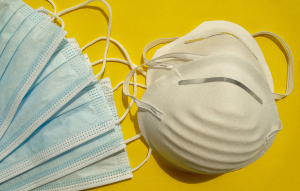 The U.S. government is negotiating with private sector companies about an agreement to set up a supply base that will make the country better prepared for future pandemics.
The U.S. government is attempting to forge a five-year agreement with private industry representatives that will ensure access to protective materials, medical equipment, medicine and vaccines in the future.

The discussions between all parties began Thursday by video teleconference, reported The Associated Press, as the country continues to face a shortage of medical supplies since the start of the ongoing COVID-19 pandemic.

“Clearly it could have applications to what’s happening now, but because it’s a five-year look it’s intended so we can set up this relationship with industry, have those conversations and plan for the future,” Joel Doolin, a senior official and associate administrator for policy, program analysis and international affairs at the Federal Emergency Management Agency, told The AP.

If successful, the agreement would utilize a provision of the Defense Production Act to enable competitive businesses to discuss issues of price and supply with the government without violating antitrust regulations. The government would, in turn, devise a plan for future large-scale acquisitions with suppliers, manufacturers and distributors.

The aim for such an agreement is to be better prepared for future pandemics, as U.S. hospitals, private companies and government agencies struggle during the current one to acquire critical resources and equipment. The pandemic has strained emergency supplies to the point where many parties — even states — have engaged in bidding wars with one another over masks, gowns and ventilators at gouged prices.

Some industry representatives during the meeting raised concerns about how much confidential information would be shared and managed among participants under the agreement, especially price data. Questions also arose as to whether overseas-based companies would be able to take part in the agreement.

FEMA Administrator Peter Gaynor said the goal is to create a “transparent organizing mechanism” for manufacturing and distributing supplies in future pandemics.

“Participant manufacturers, distributors and other key private sector partners will be able to work with the federal government, and with each other, on supply chain challenges in a way that would not otherwise be possible,” he said.

Organizations like FEMA have helped in the relief effort by collecting and distributing tens of millions of N95 respirators throughout the country. The Trump administration has also invoked a separate provision of the Korean War-era law to boost private sector production of ventilators and other equipment, while the government has pledged to expand the emergency stockpile of critical supplies and medicines managed by the Department of Health and Human Services.

Approval from the Justice Department and the Federal Trade Commission is required to avoid violating antitrust law. The provision of the Defense Production Act has only been used twice in U.S. history, the first time to maintain shipping in 1950 during the Korean War and again in 1997 in the Persian Gulf.

FEMA officials did not answer questions posed by reporters. Future discussions are planned before the agreement is finalized.