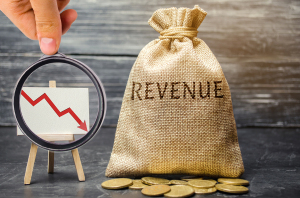 Utilization of professional services nationwide dropped by 65% in March 2020 compared to the year before, while revenue based on total estimated in-network amounts went down by 45% They then declined by 68% and 48%, respectively, in April. The report, titled Healthcare Professionals and the Impact of COVID-19: A Comparative Study of Revenue and Utilization, is the third study conducted by FAIR Health on the pandemic.

"As with past studies in our COVID-19 series, we again use FAIR Health's vast data repository to illuminate the impact of the pandemic,” said FAIR Health president Robin Gelburd in a statement. “We hope this report will be useful to stakeholders throughout the healthcare sector, including providers, payors, policy makers and researchers."

Whereas the first study focused on projected U.S. costs for COVID-19 patients requiring inpatient stays, and the second on the impact of the pandemic on hospitals and health systems, the third specifically looks at the effect of the crisis on revenue streams for providers. Many were forced to defer elective procedures and routine in-person medical visits in March and April to help contain the spread of the pandemic, at the cost of reimbursements they collect from these services.

The region hit hardest was the Northeast, which experienced an 80% drop in utilization and a 79% decline in revenue for April 2020. Utilization of professional services in this region previously fell by 60% in March 2020 compared to the same time last year, while revenue based on total estimated in-network amounts declined by 45%.

Of specialties, the largest decreases were in oral surgery, which saw utilization drop by 80% in March and by 81% in April. Revenue for the specialty declined by 81% and 92%, respectively. Pediatric primary care had the smallest decreases in utilization — 52% in March and 32% in April. Revenue based on total estimated in-network amounts decreased by 35%. Adult primary care had the smallest decrease in revenue with a 47% drop in March.

Many specialties between January and April, however, experienced more office or other outpatient evaluation and management visits in utilization and total revenue, compared to other procedures. This may partially be due to higher rates of adoption of telehealth, which can be used to facilitate many E&M services. In oral surgery, for instance, a procedure that can specifically be conducted over the telephone by a physician or other qualified healthcare professional climbed from number 131 in utilization in January to number one in April.

"The pandemic created an urgent need to divert patients from in-patient care and prevent the flooding of our emergency rooms beyond capacity," said Dr. Devin Mann, an associate professor in the departments of population health and medicine at NYU Langone Health and the lead author of a separate study that examined the impact of the pandemic on telemedicine for hospitals in New York City, the epicenter of the crisis. "Through telemedicine, we pushed the front lines to locations far from our hospitals and doctor's offices.