Merging during coronavirus: going forward or stepping back? 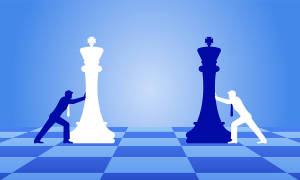 As coronavirus and other challenges continue to put the kibosh on previously scheduled healthcare mergers, Lifespan and Care New England are the latest to rethink an earlier plan to join forces. The two Rhode Island organizations had announced in July their decision to cancel the collaboration, along with Brown Medical School. Now they are revisiting the idea.

In a recent conference call with The Journal, Lifespan’s president and CEO said discussions “are in the early stages. We’re going to put together a small group of leaders from each of the organizations and include Brown Medical School to begin to really flesh this out. What would an integrated, unified, academic healthcare system look like?”

It appears talks will also resume despite Lifespan’s record-high financial deficits. According to a news release in late April, Lifespan reported an operating loss of $23 million and a net loss of $34.9 million — their worst loss in more than a decade.

“From a purely financial standpoint, this crisis could not have come at a worse time for Lifespan since we were beginning to reap the financial benefits of our restructuring efforts that began at the end of last year,” said Dr. Timothy Babineau, who also stopped drawing a salary in April. “As we recently reported, operating losses shrunk to $2.6 million for the first quarter of fiscal year 2020 (October 1, 2019 – December 31, 2019). Unfortunately, we anticipate that April and May will be even worse, and we could approach $100 million in operating losses for the time period March – May.”

Do healthcare mergers improve quality while lowering costs or the opposite?
Researchers at Charles Rivers Associates, who interviewed 10 health systems on the impact of mergers and acquisitions, reported a 2.3 percent reduction in annual operating expenses and a decline of 3.5 percent in revenues per admission compared to non-merging hospitals. They also reported increased quality resulting from updated clinical operations, adherence to best practices, and adopting new technology and data analytics.

On the other hand, a later study conducted by researchers at Harvard, Beth Israel Deaconess Medical Center and the Brigham and Women’s Hospital found “hospital acquisition by another hospital or hospital system was associated with modestly worse patient experiences and no significant changes in readmission or mortality rates." Their findings were based on patient satisfaction, mortality and readmission rates.

Other entities are also working to prevent or slow healthcare mergers right now, including the Pacific Business Group on Health (PBGH), which advocates for large public employers and private purchasers of healthcare. In a May 19 joint letter to congressional leaders, PBGH and three other national organizations called on lawmakers to mandate that healthcare provider organizations must certify they will not engage in mergers and acquisitions of other provider organizations for 12 months.

However, at this unprecedented time in modern healthcare, those who are canceling consolidation plans are doing so mostly because the organizations lack adequate funding and other operational essentials to make it happen.