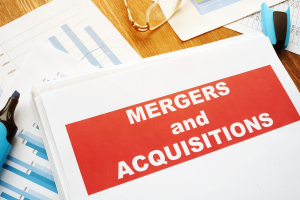 Mergers and acquisition activity boosts quality
of care, while reducing costs, according
to a new study
Hospitals looking to raise quality for patients while pushing down costs may want to consider merging with one another.

That’s what researchers at Charles River Associates are recommending, based on a study which found mergers to standardize clinical best practices, and subsequently enhance quality, with lower rates of readmissions and mortality. It is a follow-up to a 2017 report on the same subject, and is named Hospital Merger Benefits: Views from Hospital Leaders and Econometric Analysis — An Update.

“Nearly three years later, we revisit our findings through updated analyses we describe in this report,” an AHA spokesperson told HCB News. “We conducted structured interviews with ten health systems and extended the econometric analysis to include three additional years (2015-2017) of data on the cost, quality, and revenue outcomes from hospital transactions. The new findings presented below reinforce and strengthen the previous report’s conclusions that hospital acquisitions result in benefits that accrue to patients in the form of better care at reduced cost.”

Mergers enable hospitals to form connected networks that provide communities with high-quality, convenient and cost-effective care. By expanding clinical best practices, such activity ensures patients continue to have local access to care, while relieving financial burdens faced by hospitals for operational efficiencies by making all parties share in the costs of IT infrastructure and purchases. It also expands access to system resources, equipment, and facility upgrades, and introduces new integrated systems that provide patients with full continua of care. This, in turn, leads to more regular and convenient access to physicians, including specialists, according to the study.

Conducting interviews with 10 health systems on the impact of mergers and acquisitions on cost pressures and access to care, the researchers found that scale from mergers helps maintain and enhance infrastructure necessary for addressing social determinants of health, as well as enabling adoption of population health strategies and promotion of value-driven care.

They also identified a decrease in cost, calculating a 2.3 percent reduction in annual operating expenses, and a decline of 3.5 percent in revenues per admission, compared to non-merging hospitals, suggesting a transfer of savings from merging hospitals to patients and their health plans. In addition, the interviews showed that M&A activity boosts quality within health systems by updating clinical operations, implementing consistent best practices and opening up the potential of technology and data analytics.

While satisfaction among patients was not recorded, the spokesperson says the findings indicate significant deliveries of efficient care. “While satisfaction scores are outside the scope of this particular study, we do believe the evidence of statistically significant reductions in rates of readmission and mortality is notable from a quality-of-care perspective.”