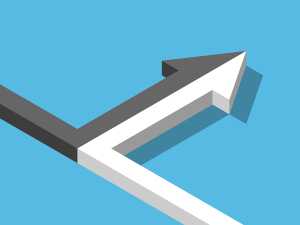 The last two decades of hospital industry mergers may not have benefited patients — and have “led to higher prices for commercially insured patients,” according to a new study appearing in the New England Journal of Medicine (NEJM).

Harvard researchers along with those at Beth Israel Deaconess Medical Center and the Brigham and Women’s Hospital examined medical claim data looking at metrics like patient satisfaction, mortality, and readmission rates from 2009 through 2013 and found that, “hospital acquisition by another hospital or hospital system was associated with modestly worse patient experiences and no significant changes in readmission or mortality rates."

Beyond that, the study concluded that, “Effects on process measures of quality were inconclusive.”

Mergers in the industry are a big business. “In 2018, the last year for which comprehensive data is available, the average size of a hospital merger deal ballooned to a high of $408 million,” according to Fortune, citing a report from KaufmanHall, which pointed out that deal-size has also been up almost 14 percent over the previous decade.

“Our findings corroborate and expand on previous research on hospital mergers and acquisitions in the 1990s and early 2000s, and are consistent with a recent finding that increased concentration of the hospital market has been associated with worsening patient experiences,” the researchers stated.

This recent finding flies in the face of a September 2019 report from Charles River Associates that found mergers a plus for healthcare overall. The study was an update to an earlier 2017 effort, named Hospital Merger Benefits: Views from Hospital Leaders and Econometric Analysis — An Update.

“Nearly three years later, we revisit our findings through updated analyses we describe in this report,” an AHA spokesperson told HCB News at the time. “We conducted structured interviews with ten health systems and extended the econometric analysis to include three additional years (2015-2017) of data on the cost, quality, and revenue outcomes from hospital transactions. The new findings presented below reinforce and strengthen the previous report’s conclusions that hospital acquisitions result in benefits that accrue to patients in the form of better care at reduced cost.”

That said, a February 2019 study does support the recent NEJM merger analysis.

Evaluating data from the Centers for Medicare and Medicaid Services’ Hospital Compare database, co-author Marah Short, associate director of the Center for Health and Biosciences at Rice University's Baker Institute for Public Policy, and another co-author, Vivian Ho, the James A. Baker III Institute chair in health economics and director of the center, looked at 29 data points and 16 processes of care to evaluate the impact of hospital market concentration or vertical integration between hospitals and physicians on factors such as readmission rates, care measurements, and patient satisfaction.

“Increased quality is used as an argument for integration with the expectation that it will decrease fragmentation and improve coordination of care. Unfortunately, we do not see evidence of this in our results,” Short told HCB News at the time. “Across the 29 measures in our study, this type of integration is neither improving nor harming quality, overall.”