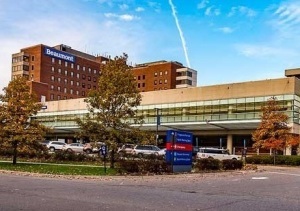 Healthcare systems in three states will merge to create one of the biggest IDNs in the nation.

As some planned mergers fall apart, others remain on track and stronger than ever. Beaumont Health and Advocate Aurora Health have announced plans to continue moving forward with a new partnership, despite some potholes encountered along the way.

In fact, the merger comes on the heels of another one Beaumont just walked away from in April: a partnership with Summa Health which the organization says isn’t practical due to complications caused by COVID-19.

Beaumont CEO John Fox told reporters in a more recent news conference that “Summa Health people are great people” but financial realities tied to the pandemic, including Summa changes to the agreement, caused Beaumont not to move forward with the partnership.

Fox said talks about this latest partnership with Advocate Aurora started late last year and into 2020, adding that COVID-19 has no bearing on the decision to merge, although the pandemic did create a pause in their talks.

“The new organization would bring together the preeminent healthcare systems in Wisconsin, Illinois and Michigan as a new organization and a new name that is yet to be determined,” Fox said. “Our total revenue will be about $17 billion and we will employ over 100,000 people.”

Beaumont made contentious headlines last year after reports revealed Fox’s compensation increased 82 percent, to more than $5.6 million, in 2017, according to a news release from SEIU Healthcare, Michigan’s largest healthcare union. The organization continues to battle an avalanche of blame during the pandemic as thousands suffered recent layoffs and years of low wages.

Nonetheless, Fox maintained “We do not anticipate any job losses as a result of the transaction,” adding that no hospitals or services will be discontinued. He said that talks have already started with the attorneys general in all three states and that partners are also working with state regulators.

“We’re facing extraordinary challenges from new players in the market that are much more disruptive. American healthcare and the hospitals and physicians are the most diffuse, disaggregated part of the healthcare economy,” said Fox. “The pharmaceutical, the vice, insurance, have all consolidated way more than the provider side has.”

He pointed to Amazon, Walmart, CVS and others who want a “piece of the $4 trillion healthcare economy and either find a profit opportunity or become a new gatekeeper in terms of patient flow. Even though Beaumont is big, at $5 billion it’s really not big enough to play with those kinds of players,” said Fox.

Sean Slovenski, Walmart’s senior vice president of health and wellness announced the opening of a third health center in Georgia earlier this month, with more to come. “We’re also opening a new prototype in Springdale, Arkansas, that has a smaller footprint and will allow us to test a different layout and services as we work to meet Americans’ need for affordable, transparent and accessible care. Walmart Health Elm Springs opens to the public on June 24,” he said.

The Beaumont-Advocate Aurora deal should be finalized by the end of the year.