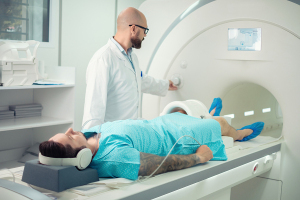 The quality of prostate MR exams varies by institution, according to a new study.
While growing in popularity, the quality of prostate MR for cancer detection is inconsistent. This has less to do with the technique itself and more to do with the specific institution executing it, according to researchers at the University of Minnesota Medical School, who claim that scan quality for such exams varies among different facilities.

“What this does say is that at some institutions the process of prostate MR and subsequent biopsy of detected lesions is less robust than others, which may be due to the biopsy itself and the urologist performing that biopsy, the MR quality, the pathologists, or the radiologist interpreting the study,” Dr. Ben Spilseth, associate professor in the department of Radiology at the University of Minnesota Medical School and U of M site coordinator for the study, told HCB News.

Spilseth and colleagues reviewed prostate biopsies of more than 3,400 men who had targets identified on prostate MR and altogether had 5,082 lesions. Patients were spread out across 26 institutions and results were collected from the Prostate Imaging Reporting and Data System (PI-RADS).

The team concluded that the positive predictive value for such tests vary at high rates among different sites, and say that more research is needed to determine how similar outcomes can be achieved at different facilities.

Spilseth says a new certification process currently being developed by the American College of Radiology could help in this effort. He asserts, however, that the most important component is for the radiologist and urologist to be in regular communication with one another to monitor biopsy pathology and compare it to MR findings, so that they can assess and troubleshoot unexpected cases quickly.

“Patients should ensure that the radiologists and urologists that they use for prostate care communicate and discuss their biopsy process,” he said. “Urologists, pathologists, and radiologists need to ensure they follow up biopsies. Radiologists need to perform MR according to published guidelines (such as PI-RADS) and develop experience in interpretation. Systems need to streamline processes and hire support to allow for good communication from MR to biopsy, as well as follow-up of results. Lastly, outside institutions such as the American College of Radiology may have a role in ensuring sites are performing prostate MR and biopsy according to best practices.”