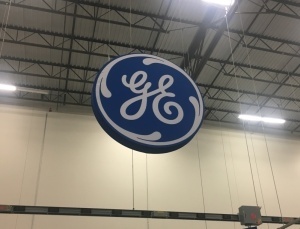 While manufacturing jobs continue to increase at GE Healthcare, some in sales, marketing and support at the Wauwatosa, Wisconsin location will be dissolved on August 31. Some 123 people will be laid off, reported the Milwaukee Journal Sentinel, rather than transfer to the company’s headquarters in Chicago or other regional offices.

GE Healthcare, maker of MR, CT, ultrasound, bedside monitors, neonatal intensive care incubators, ventilators, and other products employs 5,700 people located in Wauwatosa, Waukesha, Milwaukee and Madison. But in January, the company announced plans to move about 250 jobs from Wauwatosa. The layoffs are among those who decided not to go.

“We remain committed to Wisconsin, home to more GE Healthcare employees than any other state,” a spokesperson told MJS.

In April, the company says it increased its global manufacturing capacity and output for critical medical equipment important in the diagnosis and treatment of COVID-19, including respiratory, computed tomography, monitoring solutions, x-ray, anesthesia, and point-of-care ultrasound. It has also been doubling its capacity of ventilators.

“As the global pandemic evolves, there is unprecedented demand for medical equipment, including ventilators,” said GE Healthcare president and CEO Kieran Murphy in a previous announcement. “We continue to explore all options to support this increased need. Direct actions we are taking include: Adding manufacturing lines to ventilator production and increasing the number of shifts to produce around the clock, hiring additional manufacturing employees and shifting current employees to support increased demand immediately.”

And despite the employee layoffs in Wisconsin, other GE Healthcare employees are heading toward a much brighter horizon.

Monish Patolawala, the company’s former chief financial officer of five years just left to take on a new post as the CFO at 3M. The Star Tribune reports that Patolawala’s position started July 1 and, according to a filing with the Securities and Exchange Commission, 3M will pay him $885,000 annually, as well as annual incentive compensation of the same amount. In addition, Patolawala will receive a $700,000 hiring bonus and a mix of long-term equity awards consisting of stock options and restricted stock worth about $6.4 million that includes a $2.8 million restricted stock award to compensate him for equity awards he’s leaving behind at GE.