Philips loses ventilator contract with the US Department of Health 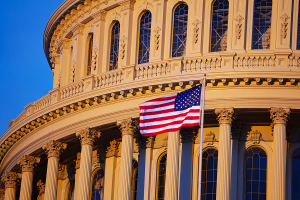 The Department of Health and Human Services (HHS) has terminated its contract with Philips, which was hired to ramp up production and supply thousands of ventilators to hospitals overwhelmed with COVID-19 cases.

The Dutch medical equipment manufacturer was awarded the largest contract to provide almost 43,000 ventilators to the strategic national stockpile with a price tag of $646.7 million. Now, most of that order has been cancelled and Philips said it will only deliver a final 12,300 units by the end of August, at which time the contract will no longer exist.

The news comes shortly after Philips was accused of overcharging the government almost five times as much as it did for a ventilator contract it had with the previous administration. A subcommittee to the House Committee on Oversight and Reform said the Trump administration agreed to pay Philips’ Respironics division $15,000 for each of the 42,900 Trilogy EV300 ventilators. During the Obama administration, Philips only charged $3,280 for a similar product, the Trilogy Evo Universal ventilator.

“The administration effectively disabled an Obama-era contract with Philips for ventilators and then struck a second contract with the company in which the administration overpaid for nearly identical ventilators by as much as $500 million,” said the subcommittee in a staff report. “These are funds that could have been used for personal protective equipment (PPE) and critical medical supplies that were in short supply across the country.”

“To date, we have delivered on our commitments to HHS,” said Frans van Houten, CEO of Philips, in a news release. “I am proud that with great urgency and under intense pressure, we achieved a fourfold ventilator production expansion with substantial investments: we hired hundreds of new colleagues for our factories in the U.S. and called upon our supply chain partners to massively step up, all in response to the COVID-19 pandemic. While we are disappointed in light of these vast efforts, we will adjust our plans and work with HHS to effectuate the partial termination of this contract.”

Philips admitted that the loss will negatively impact Philips’ financial performance and has cut its 2020 earnings outlook as a result. In the first quarter, net income slumped to 39 million euros ($42.4 million) from 162 million euros during the same period last year, according to Yahoo Finance. Earnings before interest, taxes and amortization (EBITA) dropped 33% to 244 million euros ($265 million), while comparable sales declined 2% to 4.15 billion euros.

However, van Houten asserted that Philips will “continue to expect to return to growth and improved profitability in the second half of the year, starting in the third quarter.”

Under the Defense Production Act (DPA), HHS says it will continue awarding contracts to companies for which it has invoked the DPA for ventilator production.