Illinois state board votes against shutdown of Mercy Hospital 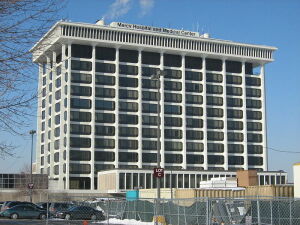 Mercy Hospital and Medical Center's application to close has been rejected by a state board
Opposition in a Chicago neighborhood has pushed an Illinois state board to vote against the closing of a local hospital.

Mercy Hospital and Medical Center in Bronzeville announced its intention to close in July after a planned $1.1 billion merger between it, Advocate Trinity Hospital in Calumet Heights, South Shore Hospital in South Chicago and St. Bernard Hospital in Englewood fell through in May.

But concerns in the community led the state Health Facilities and Service Review Board to reject its application for closure Tuesday in a 6-0 vote. The hospital, however, still expects to close between February and May, reported the Chicago Tribune.

“While we are disappointed with the initial decision by the Illinois Health Facilities and Services Review Board, we remain committed to our transformation plans,” said Mercy representative Sophie McCarthy in a statement. “We will look forward to going before the Board again in early 2021 with our plans to discontinue inpatient services at Mercy Hospital and transition to an outpatient model to serve residents on the south side of Chicago.”

Community groups and labor unions have worried the closure will create challenges for continuity of care and healthcare access, especially for Black South Side residents.

The hospital, owned by Trinity Health, started as the first chartered hospital in Chicago in 1852, according to the Chicago Tribune. It was moved from its original location near Rush Street and the Chicago River to the South Side during the Civil War.

Despite its history in the city, the hospital incurred monthly operating losses of $4 million this summer and needed another $100 million to maintain the facility, reports the Chicago Tribune.