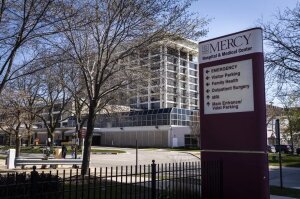 South Shore Hospital, Mercy Hospital & Medical Center, Advocate Trinity Hospital and St. Bernard Hospital announced the termination of their plan Tuesday, saying they “see no way for the path forward for our project,” after Illinois legislators failed to provide enough funding for the endeavor.

“After carefully evaluating the eleventh-hour shift in the legislation establishing the Hospital Transformation Fund, we have determined that we see no path forward for our project that would transform healthcare on the South Side and help address disparities in health for the patients we serve,” they wrote in a letter to the Illinois Department of Healthcare and Family Services, reported the AP.

Under the plan, the four hospitals — all of which are struggling financially — would have pooled their resources together under one health system that included the construction of a new hospital and a network of community health centers. One or more of the hospitals would have closed under the deal.

The hospitals requested $110 million from the legislature for the fiscal year 2021 and a total of $520 million from Medicaid funds over five years to offset losses as they established the healthcare system and built the new hospital. Remaining funds were set to come from the hospitals, their parent organizations and donations.

But the legislature passed a bill Friday which did not include the $520 million, instead offering an annual sum of $150 million for hospitals across the state between 2021 and 2023. Lawmakers must create criteria for distributing the funds before they can be released.

Another merger planned between Beaumont Health in Michigan and Summa Health in Ohio was put on hold last month amid the ongoing COVID-19 pandemic, with Beaumont laying off 450 staff members, cutting executive pay and furloughing more than 2,000 employees due to the financial strain the virus has had on the eight-hospital system.

It was not stated if the cancellation of the merger in Chicago was related to the pandemic.