Beaumont and Summa merger put on hold due to coronavirus pandemic 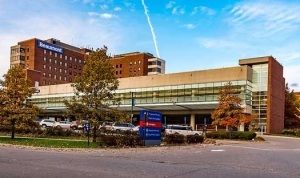 Beaumont CEO John Fox announced the news in a briefing Tuesday, along with plans to lay off 450 staff members, cut executive pay and furlough more than 2,000 employees due to the financial strain the virus has had on the eight-hospital system.

"Both Summa and Beaumont are 'all hands on deck' during the COVID-19 pandemic," said Fox. "We didn’t plan this, but we are deferring that merger until we have a bit more clarity about this crisis."


The merger between Beaumont and Summa, a four-hospital system, was agreed upon back in January, under which Summa would become a subsidiary of the larger Beaumont. Its addition is expected to increase the number of facilities under Beaumont to 12 and raise its total revenue stream to $6.1 billion.

The end of the first quarter in March saw Beamont’s net income fall to -$278.4 million, a decrease of $407.5 million over the same period in 2019. Operating revenue dropped to $1.07 billion, and net operating income for the first three months of 2020 was -$54.1 million, a $91.7 million decrease compared to the same time last year. While much of this decline was not related to the virus, which only began impacting Beaumont during the last two weeks of March, the hospital expects the virus to play a bigger role in its second quarter financials, which are also predicted to be challenging.

The largest source of financial concern for Beaumont throughout the pandemic has been its surgical revenue, which has all but "dried up," according to Fox. The hospital eliminated 85%-90% of its surgeries, much of which was crowded out by the pandemic. Fox says the reason for this was crowding brought on by the pandemic.

“We had to increase our ICUs by 40% over our normal complement,” he said. “That meant we were converting every OR, post-anesthesia recovery unit and a whole bunch of other locations to be critical care units and ICUs with ventilators for patients suffering from COVID-19.”

Other sources of financial distress include a decrease in ER visits due to civilians avoiding the hospital and the price of PPE, which Fox says has "dramatically" risen. “[A gown] we used to pay a dollar for maybe six weeks ago is now $6 dollars. We’re trying to get it from other sources. The supply chain was definitely not prepared for a pandemic, and that’s impacted us significantly.”
1(current)
2