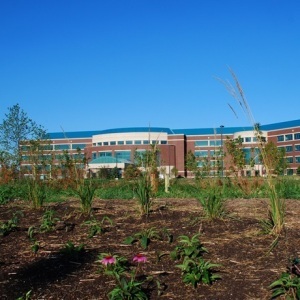 He is accused of removing 57 vials from a refrigerator and leaving them out overnight, reported the Milwaukee Journal Sentinel. Police have not released his name, and he has not been formally charged, though he was arrested Thursday.

"There is no evidence that the individual in question tampered with the vaccine in any way other than removing it from refrigeration. There is no evidence to suggest that this individual tampered with any other vaccine administered at Aurora Medical Center-Grafton,” said Jeff Bahr, president of Aurora Health Care Medical Group, part of Advocate Aurora Health, in a virtual press conference Thursday.

The pharmacist told his superiors on December 26 that he found 57 vials of Moderna vaccine outside the fridge they were stored in and said it was an “inadvertent error” he made while retrieving other items from the same fridge. He said that he put the vials back inside.

An investigation determined the vaccine to still be effective due to its 12-hour period of viability once removed from the fridge. The hospital, however, continued its internal review and eventually suspended the pharmacist, who admitted after multiple interviews that he removed the vaccine intentionally between Christmas Eve and Christmas Day. This renders the 57 vaccinations either less effective or ineffective and cost the hospital $8,000 to $11,000 invested in the vaccine, according to the Milwaukee Journal Sentinel.

The pharmacist was fired and arrested, with police recommending felony charges for recklessly endangering safety, adulterating a prescription drug and criminal damage to property. While not named, jail records show licensed pharmacist Steven Brandenburg, 46, booked Thursday for similar charges, including criminal damage to property and second-degree recklessly endangering safety, according to the Milwaukee Journal Sentinel.

A motive has not been established and it is not clear how long the vaccine was left out. All 57 vaccine recipients have been notified according to Bahar, who says “"at this time, there is no evidence that the vaccinations pose any harm to them other than potentially being less effective or ineffective."

The FBI and FDA are also investigating the matter. The pharmacist is being held at Ozaukee County Jail.