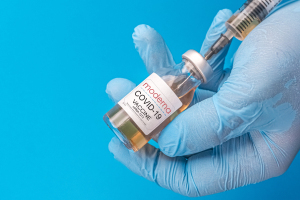 Steven Brandenburg, 46, was arrested earlier this month after being accused of attempting to make over 500 doses of the Moderna vaccine ineffective at Aurora Medical Center in Grafton, Wisconsin, where he worked as a hospital pharmacist. He is charged with two counts of attempting to tamper with consumer products, with reckless disregard for the risk that another person would be placed in danger of death or bodily injury.

“Tampering with vaccine doses in the midst of a global health crisis calls for a strong response, as reflected by the serious charges the United States has brought today,” said Acting Assistant Attorney General Brian Boynton of the Department of Justice’s Civil Division, in a statement. “The Department of Justice will continue to work with its law enforcement partners to ensure the public receives safe and effective vaccines.”

Brandenburg removed 57 vials of the vaccine from a refrigerator on Christmas Eve and Christmas Day. He told superiors on December 26 that he found and put back the vials and that it was an inadvertent error he made while retrieving other items from the same fridge. An investigation by the hospital initially determined the vaccine was still effective due to its 12-hour period of viability once removed from the fridge.

Following multiple interviews and a suspension, Brandenburg admitted to intentionally leaving them out and was fired and arrested. He said he was skeptical of vaccines in general and specifically the Moderna vaccine, and that he had relayed his skepticism to coworkers for at least the past two years, according to his plea agreement. A detective wrote in a probable cause statement that Brandenburg is an admitted conspiracy theorist who told investigators upon being arrested that he thought the vaccine would pose harm to people by mutating their DNA. He also was upset because he and his wife were divorcing and was reported to have taken a gun to work twice, according to the Associated Press.

Before his confession, however, the vaccine from this batch was administered to 57 people. The actual amount of time in which the vaccines were left out renders them either less effective or ineffective, and could cost the hospital between $8,000 to $11,000 invested in the vaccine. Jeff Bahr, president of Aurora Health Care Medical Group, part of Advocate Aurora Health, told reporters in a virtual press conference earlier this month that all 57 recipients were notified and that "at this time, there is no evidence that the vaccinations pose any harm to them other than potentially being less effective or ineffective."

The charges were filed this week in the U.S. District Court for the Eastern District of Wisconsin. Each carries a maximum sentence of 10 years in prison.