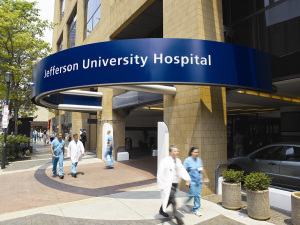 In a surprising move, the Federal Trade Commission (FTC) advised on Monday that it will not be pursuing any additional challenges to the merger between Jefferson University Hospital and Einstein Healthcare Network, two Philadelphia based healthcare providers.

Last year, on February 27, 2020, the FTC filed an administrative complaint in the Eastern District of Pennsylvania alleging the merger constituted a violation of antitrust law and requested the court enjoin it from proceeding until its legality could be determined at an administrative trial.

“Patients in the Philadelphia region have benefited enormously from the competition between the Jefferson and Einstein systems,” said Ian Conner, director of the FTC’s bureau of competition, at the time. “This merger would eliminate the competitive pressure that has driven quality improvements and lowered rates.”

Following evidentiary hearings, on December 8, 2020, district court Judge Gerald Pappert issued a scathing rebuke of the government’s legal theory in his decision to deny the request for an injunction to halt the merger. Pappert’s decision was, in part, based on finding the witness testimony from representatives of major insurance companies, which the government substantially relied on to make their case, inconsistent and otherwise not credible.

The health insurance market in the region, including only a handful of providers, is much more consolidated than the market for healthcare services, the court observed. Additionally among these insurance providers, one controls over 50% of the market share. By contrast, there are dozens of alternative healthcare providers within a reasonable distance of Einstein and Jefferson, and Philadelphia has one of the most robustly competitive markets for healthcare in the country.

The original decision to file a complaint was initially decided by the FTC by a vote of four to zero. Almost a year later, the FTC again voted unanimously to voluntarily dismiss their appeal in the 3rd circuit. In both instances, FTC chairman Joseph Simons recused himself from voting and deliberation on the matter.

The reasons for his recusal are not stated, but it may pertain to an ethical conflict arising from his prior work as an attorney with the law firm Paul, Weiss, Rifkind, Wharton & Garrison LLP, where he headed their antitrust division representing major insurance companies, among other large corporations. Indeed, Cigna, a health insurance company whose testimony featured prominently in the government’s district court case, is confirmed to have made payments to Mr. Simons for legal representation within the year preceding his confirmation to the FTC in May of 2018.

Now that the FTC has effectively dropped its appeal and resolved to no longer oppose the merger of Einstein Health Network and Thomas Jefferson Hospital, the deal is expected to close within the next six months.

"Two nonprofit, anchor institutions coming together to preserve access to care and do the right thing by the residents of Philadelphia is a creative solution to ensure Einstein doesn't face the same fate as Hahnemann University Hospital," said Dr. Stephen K. Klasko, president of Thomas Jefferson University and CEO of Jefferson Health in a statement celebrating the FTC’s announcement.