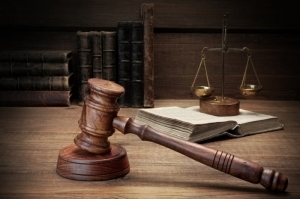 The agency requested more information from both companies regarding the deal according to an SEC filing submitted Friday by Change Healthcare. The additional request extends the time regulators have to assess the buyout past the standard 30-day period, according to Modern Healthcare.

UHG announced its plans to acquire Change Healthcare back in December under its subsidiary, Optum. The deal at the time was worth approximately $8 billion.

The American Hospital Association requested earlier this month that the Justice Department investigate the proposed deal, out of concern that it may hinder competition in health IT services and hike up prices for providers, while lowering quality for patients. It also expressed worry that UHG’s ownership of UnitedHealthcare, the largest U.S. healthcare insurer, would allow it to consolidate and use much of the country’s healthcare data to process and deny patient claims.

"Post-merger, Optum will have strong financial incentives to use competitive payers' data to inform its reimbursement rates and set its competitive clinical strategy, which will reduce competition among payers and harm hospitals and other providers," the AHA wrote.

It says providers are particularly concerned about limited competition for claims clearinghouse, payment accuracy, revenue cycle management and clinical decision support services, according to the AHA, which has also accused UHG and Change in its letter of selling hundreds of millions of dollars worth of assets to try to reduce skepticism from antitrust regulators.

An SEC filing in early March said the company may sell assets if required for antitrust approval, but asserted that divestitures of more than $650 million in annual revenue from UHG would be “burdensome” for it, reported Modern Healthcare.