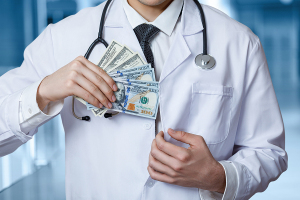 Tens of billions of dollars in Medicare fraud occurs every year. The total dollar amount of fraud that takes place is not known but a high degree of fraud has, for decades, been seen as one of the program’s major drawbacks.

Medicare fraud is common and it is easy to find recent examples on virtually any level of the healthcare system, from emergency response companies, providers, pharmacies, to fraud perpetrated by major insurance companies.

While the greater availability of telehealth as a consequence of the COVID-19 pandemic has provided many advantages to patients it has also increased the scale at which telehealth fraud may occur.

In March, as part of a plea agreement with prosecutors, Wisconsin Doctor Ravi Murali, pleaded guilty to one part of a 12-count indictment for his role in a scheme to defraud Medicare out of millions of dollars.

As part of Dr. Murali’s plea, he acknowledged having prescribed orthopedic braces to patients whom he had neither spoken to nor evaluated. The plea arose out of an agreement with prosecutors that they would recommend a reduced sentence for Murali, who is currently facing up to 10 years in federal prison, in exchange for his cooperation with their investigation of co-conspirators involved in the scheme.

As reported by the Wisconsin State Journal, the following exchange with prosecutors took place during Murali’s arraignment:

“I prescribed the braces without following (the) procedure of examining and calling the patients,” Murali told U.S. District Judge James Peterson. “That led to unnecessary Medicare billing.”

“Not only unnecessary, but you knew it was deceptive and fraudulent, correct?” Peterson asked.

Asked about the purpose for his actions, Murali responded, “I was just trying to get by.”

At the time, Dr. Murali was employed by various telemedicine companies. Contrary to what appears to be attempts to equivocate in his testimony, his conduct seems to have included overtly facilitating billing of Medicare for treating patients from different parts of the country that he otherwise had no connection to.
1(current)
2