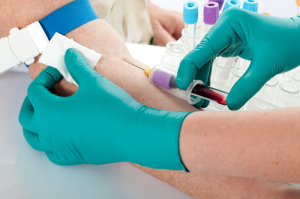 That’s what researchers at the University of Michigan concluded in a new study, finding that such testing can lead to more invasive tests and delay surgery, which can create complications that could have been avoided had testing not been done.

"Each individual test isn't necessarily very expensive, but given the volume of elective low-risk surgery done in the United States, it adds up fast. When tests are done without a good reason and an abnormal (even just slightly out of range) value shows up, this may lead to other tests that can delay surgery, require more trips to the doctor and time off work, lead to invasive procedures (with a real risk of harm), and incur more expenditures," Dr. Hari Nathan, division chief of hepato-pancreato-biliary surgery at Michigan Medicine as well as the director of the MVC, told HCB News.

The study was carried out as a collaborative effort between the Michigan Value Collaborative (MVC), a statewide initiative for improving medical and surgical quality, and the UM-based Michigan Program on Value Enhancement (MPrOVE).

The study looked at 40,000 patients from 63 hospitals who had surgery for gallbladder removal, groin hernia repair, or cancerous tissue removal. Almost one-third had two or more tests beforehand, and about 13% had three or more. The most common were a complete blood count, an electrocardiogram and a basic metabolic panel, all of which are not inherently necessary before these procedures.

Those separately billed for a complete medical history and a physical completed during a visit were more likely to have had testing than those who were older or had more than one medical condition. While a small number may actually benefit from the tests, when adjusted to account for this, the model still showed an overuse. Wide testing variations were also found not just between the hospitals but also within the health systems for the same procedures.

While the researchers are working with area hospitals to address the issue, doing so will be a challenge since preoperative testing is a valuable revenue stream.

Dr. Nicholas Berlin, a plastic surgeon resident at Michigan Medicine and first author of the study, says the first step is to try to determine how often low-value tests are performed for patients undergoing low-risk surgery, and identify potential drivers of these practice patterns. "It may be that there is an algorithm that drives unnecessary testing, or perhaps it's a particular group of providers, or surgical specialty. It could be related to lack of clarity on what these patients need prior to surgery, as well as the roles of different providers (surgery, anesthesia, etc.) in delivering this preoperative care.

He adds that hospitals should then see if there are easy fixes like educating providers, identifying and supporting best practices for preoperative test ordering, and auditing and providing feedback to surgeons and anesthesiologists. "Consider building and implementing an evidence-based protocol, ideally embedded within the EMR or at the bedside, that helps to guide providers on when to order and not order tests. Monitor for progress with ongoing feedback to the individuals responsible for ordering these tests."