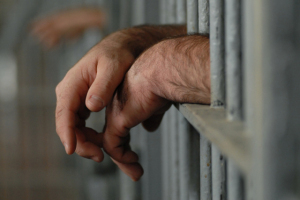 Dr. Javaid Perwaiz, 71, of Chesapeake, was found guilty by a jury last fall on 23 counts of healthcare fraud and 29 counts of making false statements related to healthcare. In addition to his prison sentence, the doctor will pay $18.5 million in restitution to various insurance companies that covered fraudulent procedures he submitted claims for, according to The Virginian-Pilot.

“This conduct is simply unconscionable,” said U.S. District Judge Rebecca Beach Smith on Tuesday at the sentencing for Perwaiz.

Perwaiz falsely told patients they had cancer or were in danger of developing cancer and required surgery, including hysterectomies. He also backdated records to make it appear he was abiding by Medicaid’s 30-day waiting period for performing elective sterilization procedures and billed insurance companies for diagnostic procedures he falsely claimed to have performed at his office, reports Becker’s Hospital Review.

Additionally, he falsified records for his pregnant patients to encourage them to induce labor early so that he could be the one to deliver their babies and get reimbursed. “The pain he has inflicted on me I wouldn’t even wish upon him,” said one woman in court who spent months recovering from the surgery Perwaiz performed on her. She can no longer have children as a result.

Sixty-three women submitted statements against Perwaiz and five appeared in court Tuesday to testify against him. Federal sentencing guidelines suggested a maximum sentence of 475 years for his current offenses and two prior convictions he received in 1996 for tax evasion, according to The Virginian-Pilot. Assistant U.S. Attorney Elizabeth Yusi asked for a 50-year term, which she said was essentially a life sentence at Perwaiz’s age. “This case has been a shock to the community. The community deserves to know the medical establishment is not above the law.”

While Perwaiz plans to appeal his convictions, he has agreed to forfeit his home, two office buildings, a Bentley automobile and $2.2 million he earned from the unnecessary procedures to the government.