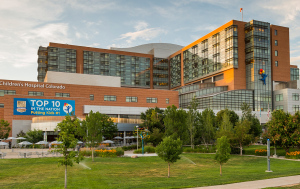 CEO Jena Hausmann made the announcement during a pediatric mental health media roundtable event. “It has been devastating to see suicide become the leading cause of death for Colorado’s children ... we are seeing our pediatric emergency departments and our inpatient units overrun with kids attempting suicide and suffering from other forms of major mental health illness."

The hospital has seen a 90% increase in demand for behavioral health treatment in the past two years, with the emergency transport teams witnessing three to four suicide attempts per week. Its new behavioral health unit in the ED is already over capacity just two years after being built.

In response, the hospital has racked up community donations to increase its mental health inpatient, outpatient and day services by over 50% by March 2022 and plans to expand facilities to create more space for mental health services. It also is requesting that a portion of $3.9 billion provided to Colorado under the American Rescue Plan be used to create a system that facilitates collaborations for improving pediatric mental health, especially in rural communities where limited resources make the crisis more severe.

“I know that unless we make deeper and even more significant investments in this system of care and our safety net, we will continue to lose more children,” said Tamara Pogue, Summit County commissioner.

Counties across Colorado have reported a similar increase in the need for mental health services they cannot facilitate, with schools, administrators and teachers lacking effective tools to provide this support.

The issue has only been exacerbated by the pandemic. “Despite things getting better in terms of COVID-19, kids have dealt with chronic stress for the past year that has interrupted their development. Now kids are asked to be starting back into life again, they don't have the resources to do that, they're burnt out and they feel so behind they don't know how to catch up,” said Dr. Jenna Glover, child psychologist and director of psychology training at Children’s Colorado.

Mental health is an issue that affects both children and adults alike, including providers themselves. Last year, 56% of U.S. healthcare workers were concerned for their own health and safety when the pandemic first hit, with two-thirds lacking access to mental health resources needed to manage anxiety, fueled by stress from pay cuts and lack of preparedness among hospitals and health systems.