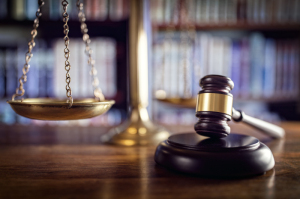 Through diagnostic imaging facilities he ran throughout the Bay Area, Los Angeles, Orange County and San Diego, Solakyan recruited workers' compensation patients by offering cash payments to physicians or by referring new patients to them, as part of a “cross-referral” scheme. He then submitted claims for the patients he serviced to the state worker’s compensation system for reimbursement.

Solakyan teamed up with chiropractor Steven Rigler, and Fermin Iglesias, the former CEO of patient-scheduling company, MedEx Solutions, among others. They required physicians to refer a minimum number of patients to receive “cross-referrals” and would stop referrals if the physicians failed to meet the minimum quota.

Payments were disguised as sham agreements struck between the conspirators. This involved labeling them as contracts for “marketing”, “administrative services”, and “scheduling”. Solakyan, for instance, hid his cash payments to Rigler for referrals by calling them “reports,” according to a September 2018 federal grand jury indictment

Payments made by Solakyan consisted of volume-based, per-MR scan bribes and kickbacks to coerce physicians to refer and continue referring patients to his companies, which included Vital Imaging in Glendale, California, and San Diego MRI Institute. Iglesias and Carlos Arguello, another of Solakyan’s recruiters, paid more than $8.6 million to obtain MR referrals, with payments concealed from patients and health insurers, according to evidence presented during the eight-day trial.

Solakyan is scheduled to be sentenced on October 4 and faces a statutory maximum sentence of 240 years in federal prison.