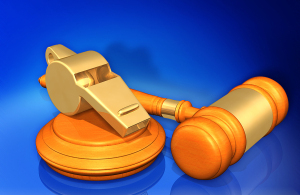 On Monday, the DOJ announced it has reached a $37.5 million agreement with Prime Healthcare Services and two doctors in settlement of whistleblowers’ claims brought under the False Claims Act and the California False Claims Act.

The settlements represent the culmination of two separate lawsuits brought by former employees of Prime Healthcare Services under the whistleblower provisions of the False Claims Act, which allows a private citizen to bring suit on behalf of the federal government in exchange for a portion of the settlement proceeds.

The lawsuits allege that Prime Healthcare submitted invoices for implantable medical hardware excessively above market prices, over a two-year period billed Medicare and Medi-Cal for services provided by a doctor whose billing privileges to these programs had been revoked, and that Prime Healthcare paid above-market price for its purchase of Dr. Arunasalam’s physician practice and surgery center in consideration of receiving surgery referrals from Dr. Arunasalam in violation of the Anti-Kickback statute.

According to the DOJ, Martin Mansukhani, a former Prime Healthcare executive, and plaintiff in the first of the two lawsuits, will receive over $9.9 million for his share of the settlement proceeds.

“Federal healthcare funds are integral to the provision of necessary medical services to beneficiaries across the country,” special agent in charge Timothy B. DeFrancesca of HHS said in a statement. “Therefore, we will address any actions, including those alleged in this case, that could compromise the system on which many patients rely. We will continue working with federal and state prosecutors to guard taxpayer funds that support these vital programs.”

For decades, the DOJ has relied on the whistleblower provision of the False Claims Act in order to aggressively levy large settlements from healthcare providers as a strategy for rooting out fraud.

While proponents applaud this activity as a needed tool to curtail fraud and abuse and control burgeoning costs within our healthcare system, critics worry that this enforcement strategy may be counterproductive, causing uncertainty for providers when it comes to compliance, while hampering and impeding medical innovation and efficiency in healthcare.

This year, 14 of Prime Healthcare’s hospitals were awarded a five-star rating from CMS based on an evaluation of overall patient care.