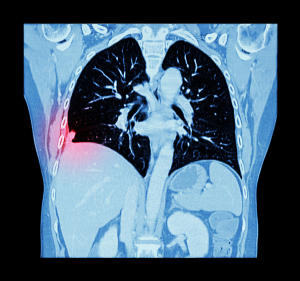 That’s what a new population-based study by the American Cancer Society found when analyzing annual LCS rates before and during the pandemic, nationally and on a statewide basis. LCS rates remained low and unchanged in 25 states, while five saw significant decreases of 23% to 52%, including some with lower LCS rates prior to the pandemic.

LCS rates remained stable nationally between 2019 and 2020, with just under one in 15 eligible individuals screened. Out of 8.51 million eligible adults, this equates to 564,164 and 557,795 people in both years, respectively. The lack of nationwide decline was possibly due to the already low rate of LCS exams before the pandemic, recorded at 5%-6% in 2018. This could limit room for further decreases, say the authors. Stay-at-home orders and COVID-19 surges also may have influenced short-term screening volumes, though there was not a clear pattern with annual LCS rates.

The 19 states where screening increased included Colorado, Illinois, Iowa, Kentucky, Louisiana, Maine, Mississippi, Missouri, Nevada, New Hampshire, New Mexico, New York, North Carolina, North Dakota, Ohio, Oklahoma, Oregon, South Carolina and South Dakota. This was possibly because of cancer control efforts implemented by health systems and local and state-level governments, according to the study. Kentucky, for instance, has made efforts to increase screenings since 2013 and has one of the highest LSC rates as a result.

The five that experienced declines in LCS rates were Hawaii, Maryland, Rhode Island, Utah and Vermont.

Lung cancer is the leading cause of cancer-related deaths in the U.S. with low-dose CT recommended for a group that is at high risk of dying from the disease. The U.S. Preventive Services Task Force issued guidelines in March recommending that current and former smokers start undergoing annual lung cancer screenings starting at age 50, instead of 55 as originally recommended. A study out of the University of Cincinnati back in December also found that fewer screenings were linked to increased malignancies.

The findings of the current study were published in CHEST.