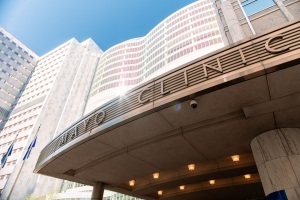 With a planned opening in 2025, the extension is expected to free up space for 900 more patients annually and create 117 new jobs. It will include two new treatment rooms with in-room imaging and pencil beam scanning.

"We have experienced increasing demand for proton therapy despite incorporating efficiencies in treatment and delivery, scheduling and fractionation. We anticipate that the need and indications for proton therapy will continue to increase, especially for the complex patient cohorts we see at Mayo Clinic,” Dr. Nadia Laack, chair of the department of radiation oncology at Mayo Clinic in Rochester, told HCB News.

Pencil beam scanning makes targeting and delivering proton therapy to tumors more precise and with lower doses, which reduces toxicity and negative side effects. The expansion will also include state-of-the-art in-room X-ray and CT-imaging, as well as additional imaging resources for precise radiation planning, including MR and other advanced imaging systems for tumor localization.

The design will include two floors below ground, a lobby level and a first level. It will be constructed in a way that allows for future expansion. Site preparation is expected to begin in November and includes relocation of utility tunnels and pedestrian subways. Building construction is scheduled to start in late 2022. The work will not interfere with current proton therapy services.

"Our plan also includes the opportunity to incorporate technical upgrades as they become available in both new and existing facilities in the future,” said Laack.

A similar facility was opened at its Phoenix location back in 2016, according to MedCity Beat.

In addition to expanding accessibility to proton therapy, Mayo Clinic has its sights set on the carbon ion therapy market. Providing the same advantages as proton therapy, carbon ion therapy inflicts more biological damage by using carbon ions to create catastrophic events within the cells or DNA of the tumor, according to Dr. Eugen Hug, a professor of radiation oncology and medical director and co-managing director of the MedAustron Ion Therapy Center.

“In a nutshell, it means that carbon ions are as precise as protons but they have an added biologic advantage of being more effective in tumors,” he told HCB News in an interview on the treatment last October.

Mayo Clinic in Florida plans to build the first carbon-ion treatment facility in North America and begin offering it to patients in 2027. It also will begin offering proton therapy in early 2026 and will work with Hitachi to construct the facility.

The National Cancer Institute has designated Mayo Clinic Cancer Center as the only three-site Comprehensive Cancer Center. Its proton therapy facilities are located at its Rochester and Phoenix locations, each of which have their own particle accelerator for PT treatment.