Change and UnitedHealth attempt to save proposed merger through DOJ deal 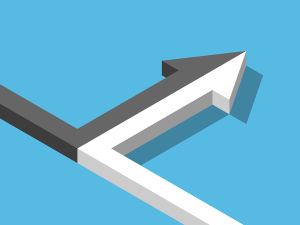 Change Healthcare and UnitedHealth will delay the completion of their proposed merger, as per an agreement with the DOJ for further review of it
Change Healthcare and UnitedHealth have struck up an agreement with the Department of Justice to save their proposed merger, which has raised concerns about the impact it could have on competition in healthcare IT.

The two have signed a timing agreement with the DOJ in which they have said they will not complete the merger for 120 days after they have complied with a request for information for further review of the potential deal, reports ModernHealthcare.

Change and UnitedHealth first announced the deal in January, under which OptumInsight, a health service company under UnitedHealth Group, would acquire Change for $8 billion, plus pay off an additional $5 billion it accumulated in debt. The combination, they said, would simplify claims transactions, create more transparent payment systems and enhance IT workflow across healthcare systems.

Both companies hoped to complete it in the second half of 2021, but critics argued that combining two such large companies together threatened competition for claims clearinghouse, payment accuracy, revenue cycle management and clinical decision support services. They also said the deal would increase prices for providers and lower quality of care. There also were concerns that UHG’s ownership of UnitedHealthcare, the largest healthcare insurer in the country, would allow it to use much of the U.S.’s healthcare data to process and deny claims.

"Post-merger, Optum will have strong financial incentives to use competitive payers' data to inform its reimbursement rates and set its competitive clinical strategy, which will reduce competition among payers and harm hospitals and other providers," wrote the American Hospital Association.

It also accused the companies of trying to divest assets that can generate hundreds of millions of dollars in order to obtain DOJ approval for their deal. In addition to the AHA, the American Medical Association, the American Antitrust Institute and Change’s stockholders have all expressed their opposition to the merger.

In response, the DOJ opened an investigation in March, which it later extended.

The latest deal with the DOJ follows talk of the department possibly mulling over going to court to block the merger. “The company and UnitedHealth Group have been working cooperatively with the DOJ and will continue to do so,” Change Healthcare said in its SEC filing.

Both companies have agreed not to certify compliance with the DOJ’s request before September 15. They may still, however, move ahead with the deal before the 120-day period is up, should they receive written word from the DOJ that the investigation is closed. Should the DOJ not say yes to the merger before the 120-day period is up, then the deal is expected not to close until at least January 2022.