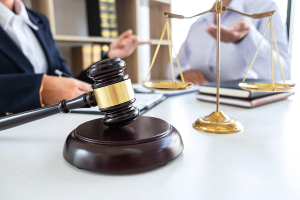 Sources familiar with the matter said Tuesday that the DOJ has reached out in recent weeks to private attorneys outside the department about possibly pursuing litigation to stop the acquisition, according to Reuters.

Its reasoning is believed to be linked to concerns expressed in the last few months that the deal could hinder competition in health IT services and lead to price increases for providers, while lowering quality of care for patients.

“The U.S. healthcare system is under siege by consolidation and concentration. The current matter provides an important opportunity for the Antitrust Division to move the ball forward on protecting competition in critically important healthcare markets, but also in leveraging its knowledge of digital technology markets and the unique challenges they pose for competition,” said the American Antitrust Institute in a letter to the DoJ back in May.

UnitedHealth first announced its intention to acquire the healthcare analytics and technology company in December for $7.84 billion. This included an additional $5 billion in owed debts under Change Healthcare, bringing the total value to nearly $13 billion. Carrying out the deal would be OptumInsight, a health services company under UnitedHealth Group that would pay for each share of Change Healthcare in an all-cash transaction.

The addition of Change Healthcare is expected to allow Optum to offer software, data analytics and technologies that will enhance workflow and simplify transactions across healthcare systems. But critics say that the agreement threatens to harm competition and would enable a larger and more powerful Optum to enhance UHG’s incentives to favor its dominant health insurer, UnitedHealthcare, to the disadvantage of rivals.

Following a request from the American Hospital Association, the DoJ launched an investigation in March and extended it later that month past the standard 30-day period. In its letter to the DoJ, the AHA said that providers were especially worried that limited competition resulting from the deal would affect claims clearinghouse, payment accuracy, revenue cycle management and clinical decision support services. It also accused UHG and Change Healthcare of selling hundreds of millions of dollars worth of assets to try to reduce skepticism from antitrust regulators.

"Post-merger, Optum will have strong financial incentives to use competitive payers' data to inform its reimbursement rates and set its competitive clinical strategy, which will reduce competition among payers and harm hospitals and other providers," wrote the AHA.

The announcement of a possible DOJ lawsuit Tuesday caused Change Healthcare’s stock to drop 6.7% in Wednesday’s premarket session, according to Bloomberg News.

The deal is expected to close in the second half of 2021.