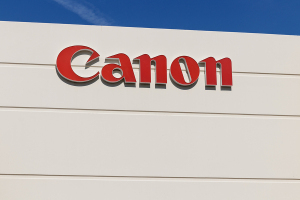 The deal is part of its recent partnership with the National Cancer Center Japan and EAST Hospital in Kashiwa to develop and research the use of photon-counting CT. An advanced imaging technique, PCCT is designed to identify multiple material components by measuring X-ray photons at different energy levels. This enhances image resolution and quality, while reducing dose, compared to conventional CT.

"We expect that the application of photon counting technology will lead to the realization of CT systems that can differentiate substances in body tissue. We will confirm the practical usefulness of PCCT through joint research with the Cancer Institute Japan," Satoko Baba of the public relations department at Canon, told HCB News.

Canon will develop the PCCT system, with the center’s Exploratory Oncology Research & Clinical Trial Center (NCC-EPOC) using it to perform clinical research and establish evidence and guidelines. Specifically, it will use the quantitative capabilities to determine effects of treatment from chemotherapeutic agents on malignant tumors, and will analyze different tissue characteristics for clinical insights on a diverse range of medical fields.

Redlen is developing photon-counting detector technology with its own chips. The company specializes in manufacturing Cadmium Zinc Telluride semiconductor detector modules used for diagnostic imaging. In PCCT, they are expected to allow for clearer imaging of specific substances in the body and early detection of very small lesions and subtle pathological changes. "In collaboration with Redlen, we expect to not only accelerate the development and mass production of next-generation CTs, but also expand our component business by deploying leading-edge sensors to a wide range of fields," said Toshio Takiguchi, head of the medical group and senior managing executive officer at Canon, in a statement.

Whereas other detectors convert radiation into light before electrical signals, Redlen’s technology directly converts it into these signals, which prevents loss of information. Canon plans to incorporate Redlen’s chips into CT scanners it is developing to reduce radiation exposure by one-tenth. It will also include its own image processing technology to help in this endeavor and says the scanners will produce detailed, color images as opposed to conventional black and white CT photos, and make it easier to differentiate cancerous tumors.

Clinical research is expected to start as early as next year, with Canon hoping to introduce a new generation of CT scanners for sale by 2025, at the same price as its current products. The company controls around 20% of the global CT market. It expects its radiation-reducing technology to help it better compete with other big players.

Canon currently holds a 15% stake in Redlen and will acquire the remaining 85% through the deal. It plans to distribute CZT semiconductor detector modules to medical equipment manufacturers around the world, which will be an added boost for its medical component business. It says it has no plans to change the nature of Redlen's operations and will maintain existing relationships with its customers.

"Canon believes that providing Redlen's technologies and products to medical device manufacturers around the world will contribute to the development of diagnostic imaging technology," said Baba.

The acquisition is expected to be completed this fall.