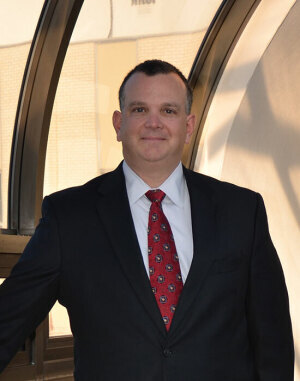 “On behalf of the Board of Trustees, the medical staff, the management team and Willis-Knighton’s over 7,000 employees, we want to thank Mr. Elrod for his unparalleled contributions and indelible impact during his more than five decades at the helm of this organization,” said Board Chairman Frank Hughes, M.D., “Under his leadership, Mr. Elrod has grown Willis-Knighton from a small community hospital to one of the largest healthcare systems in Louisiana. We are fortunate that he will be President Emeritus and remain on the Board of Trustees so as to ensure a seamless changing of the guard.”

With an unwavering vision toward the future, Mr. Elrod led the expansion of the original 60-bed hospital into a fully integrated care network consisting of four acute care hospitals and a rehabilitation institute, an extensive multispecialty physician network, and the state’s largest retirement community, The Oaks of Louisiana. Mr. Elrod created the characteristic that distinguished Willis-Knighton most, which is a commitment to innovation.

A few of the many “firsts’’ at Willis-Knighton during Mr. Elrod’s tenure include organ transplants, minimally invasive cardiac surgery, innovative eye surgery technology and hyperbaric oxygen therapy. Willis-Knighton also was the first in the state to offer proton therapy for cancer treatment. Mr. Elrod has been recognized by numerous organizations for his ongoing commitment and dedication to the community, which led a regional newspaper to name him one of the most influential people in North Louisiana in the last century.

Mr. Elrod earned a Bachelor’s Degree in Business Administration from Baylor University. Upon fulfilling his military commitment in the United States Air Force, he attended Washington University School of Medicine where he earned a Master’s Degree in Hospital Administration. Beginning his distinguished career at Willis-Knighton at the age of 27, he is the longest-tenured hospital administrator in the United States having served 56 years.

“Working with Jaf during the past 30 years of his career here, I have not just seen him grow and demonstrate his capabilities, I have seen his heart. His dedication to the health system, the medical staff, the employees and our community is unquestionable and, I believe, unshakable. He will have the support of a strong executive team, just as I have had, and they have a solid foundation on which to build” said Jim Elrod. “I look to this wisdom of John F. Kennedy who noted: “Change is the law of life. And those who look only to the past or present are certain to miss the future.”
1(current)
2
3