When determining the time and money involved in a project, Veritas needs to know the workload of the machine, the occupancy outside of the room and how often the radiation will be pointing at a particular barrier.

A typical linear accelerator rotates in a single plane around 360 degrees, and the primary radiation is coming out within a defined path around that arc. Accuray’s CyberKnife machine can point anywhere except straight up, so there is a primary barrier anywhere within the room.

When asked what Veritas’ quickest project was, Farrell said it took about three weeks, but that this isn’t the norm. The client had investment milestones that had to be met, and their original plan to pour concrete was going to lose them money because they couldn’t make those commitments.

Typically, a project can take three to five years just for the design process. For a project planned for 2025, Veritas is starting the design phase now by selecting the shielding material that is required for the equipment the facility wants.

Farrell cautions facilities to know what machines they want before building the facility. He is currently working with groups that want to build the facility before they select the equipment and it’s a problematic situation.

“They’re building it in such a way that might become more expensive because they are designing it for the worst-case scenario,” said Farrell. “They could have saved some money had they planned it out a little better.” 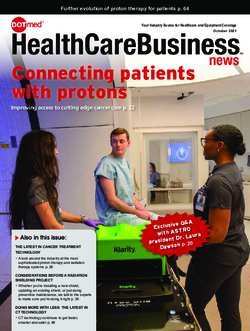