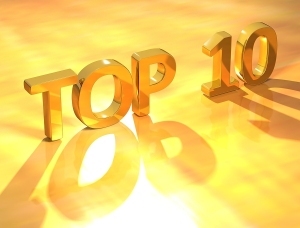 The index judges hospitals based on metrics including readmissions and mortality, top executive compensation, charity care, community investments, cost efficiency and value of care. Following criticism over its methodology last year — when the first index came out — Lown Institute made a number of changes, including the addition of a new measure for cost efficiency. This evaluates how well hospitals ensure low mortality rates at low cost.

Dr. Vikas Saini, president of the Lown Institute, says the desire to integrate equity has grown over the last few years among hospitals amidst the COVID-19 pandemic and with the rise of events around racial justice. “It’s not enough for hospitals to say they’re committed to social responsibility. They need to put their commitment into action. Doing well on the Lown Index is one way they can demonstrate progress.”

Major teaching hospitals and those in urban areas achieved top places on the list. One third of all providers on the Honor Roll were in either California or Ohio, and those in New Jersey, Maryland and Tennessee were also well-represented. On average, for-profits performed worse, though two from Northern New Jersey did make it to the top. Hawaii, Delaware and Washington, D.C. had the highest average of the best ranked hospitals overall, according to Modern Healthcare.

In contrast, Arkansas, Mississippi and Alabama had the lowest average number. Claiborne County Hospital in Mississippi ranked worst overall, with a C for equity and Ds for clinical outcomes and value. It also ranked hospitals from best to worst, with Adena Health System in Ohio coming in at number one and not-for-profit Memorial Healthcare System in Florida taking last place, according to Modern Healthcare.

Data was derived from Medicare fee-for-service claims between 2016 and 2018, which the American Hospital Association took issue with on the grounds that the information does not account for all patients in hospital. "The new index from the Lown Institute draws sweeping and arbitrary conclusions about hospitals and health systems using old and incomplete data and flawed methodologies," said an AHA spokesperson.