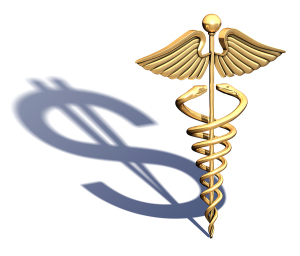 ACR and AMA say the final interim rule for the No Surprises Act may limit patient healthcare options
The Biden Administration has issued an interim final rule on the No Surprises Act, and not everyone is too keen on it. Shots fired by both ACR and AMA include criticisms over the potential impact it could have on healthcare options for patients and the independent dispute resolution process, which is the protocol for settling disputes against surprise billing.

Passed in 2020, the No Surprises Act limits what patients owe financially to emergency or nonemergency care providers out of network (OON). The new rule dictates that out-of-pocket expenses for a patient be similar to what they would pay a provider in network.

It states that total payment to OON providers and cost sharing rates will be determined based on a state All-Payer Model Agreement, specified state law, or the qualifying payment amount, which is the median contract rate that a plan or insurer charges for the same or similar service in a specific geographic region.

ACR says this misinterprets the intent of the independent dispute resolution process. “Making a health plan’s calculated ‘qualifying payment amount’ — which does not reflect real world payment rates — the primary factor in independent dispute resolution arbitration will cause large imaging cuts and reduce patient access to care, regardless of their insurer,” Dr. Howard Fleishon, FACR, chair of the ACR Board of Chancellors, said in a statement.

AMA called the rule an “undeserved gift” for insurance providers. “It disregards the insurance industry’s role in creating the problem of surprise billing at the expense of independent physician practices, whose ability to negotiate provider network contracts continues to erode,” said AMA President Dr. Gerald Harmon.

He adds that the rule does not take into account concerns by the Biden administration about consolidation in the healthcare marketplace. Just days ago, AMA published its latest edition of Competition in Health Insurance: A Comprehensive Study of U.S. Markets. It found that 73% of U.S. insurers' markets are “highly concentrated,” by federal government standards. This, it says, will lead to higher premiums and narrower provider networks, which in effect will increase surprise billing.

This interim final rule is the third to be passed for the No Surprises Act and includes provisions for protecting patients during the independent dispute resolution process, good faith estimates for uninsured (or self-pay) individuals, the patient-provider dispute resolution process, and expanded rights to external review. Previous rules implemented protections for the air ambulance industry and consumers against surprise billing.

Both ACR and AMA are calling on the Biden administration to revise the rule. ACR says it “looks forward to working with other provider groups and the U.S. Departments of Health and Human Services, Labor and Treasury, and the U.S. Office of Personnel Management to bring regulatory implementation in line with what the new law actually demands.”