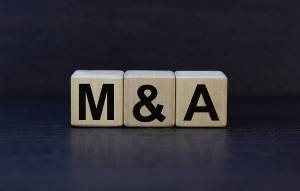 The combined company will also be called American Healthcare REIT and will manage 314 medical office buildings, senior housing communities, skilled nursing facilities and other real estate investments across 36 states and in the U.K. This makes it the 11th largest healthcare REIT globally, according to Globe St.com, a commercial real estate news outlet.

The merger and acquisition are expected to help it save approximately $21 million annually in operational cost savings, said newly appointed company chief executive officer and president, Danny Prosky. Prosky is one of the founders of AHI and served as president and chief operating officer of GAHR III.

"As a large, diverse, and self-managed healthcare REIT, we believe we are strategically positioned to pursue a future listing or IPO on a national stock exchange that would provide liquidity to our existing stockholders and unlock greater growth and value enhancement opportunities as a publicly traded company,” he said in a statement.

Following the closing of both deals, each of AHI’s employees, including its three founders, became employed under the new company. This will allow American Healthcare REIT to self-manage with a fully integrated management platform that allows it to oversee acquisitions, asset management, finances, accounting and tax.

“We believe that merging these complementary portfolios together, along with the sponsor company, will create a portfolio with meaningful scale and diversification, as well as drive significant operating efficiencies and earnings accretion for stockholders, well-positioning the company for future growth that should be rewarded in the public markets,” said Hanson, who was chairman and chief executive officer of GAHR III, in a statement back in June when the deals were announced.