Lown Institute ranks 10 most cost-efficient hospitals in US 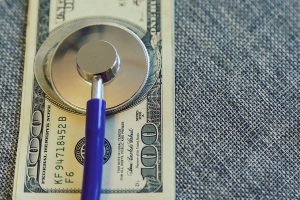 The healthcare think tank determined this while ranking the 10 most cost-efficient providers in the country by comparing how much Medicare was billed by over 3,000 hospitals and how many patients died at each facility. The most cost-efficient one was Pinnacle Hospital in Crown Point, Indiana, according to the survey.

Even hospitals in the same city had different costs of care. In Fort Lauderdale, for instance, the average 30-day cost per patient was $13,289 at JFK Medical Center and $21,597 at Saint Mary’s Medical Center. This resulted in a potential annual loss of $13.9 million in Medicare savings for the city.

“If we want to keep costs low for the Medicare program and provide quality care for the 60 million Americans who depend on it, hospitals must be as efficient as possible. The best hospitals prove that you can save Medicare dollars and deliver great patient outcomes at the same time,” said Dr. Vikas Saini, president of the Lown Institute, in a statement.

Hospitals with the lowest mortality rates and lowest costs got the best scores for cost-efficiency. According to the study, if all hospitals matched the performance of these 10 hospitals, Medicare would save $8 billion annually. The list was determined using claims data of Medicare patients hospitalized between 2016 and 2018. Mortality rates and cost were adjusted based on patient risk, and total Medicare cost included claims from inpatient hospitalizations and post-discharge claims.

The study is part of the 2021 Lown Hospitals Index.