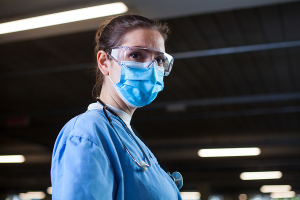 From the January/February 2022 issue of HealthCare Business News magazine

During the height of the first COVID-19 wave, Americans in many cities turned out to pay tribute to hospital physicians, nurses, and other frontline workers. For example, in New York City, residents paused every evening to applaud hospital staff from their balconies and honked their horns in honor of hands-on caregivers. Such hero worship, it turns out, can have a downside.

In his presentation, Dr. Jamlik-Omari Johnson, director of emergency and trauma imaging at the Emory School of Medicine, one of four presenters in an RSNA session titled "Radiology Department Pandemic Response – Lessons Learned and Preparing for the Next Contagion", reviewed how unprecedented pandemic pressures converged with “hero complex” stressors to take some caregivers down a dark road.

He noted that the stress started immediately. Frontline staff was forced from the outset to reuse disposable PPE in the face of the deadly virus. The supply shortages released a flood of negative emotions, ranging from anger, fear, frustration, and distrust. Frontline workers were quickly depicted as superheroes in the media.

"We … celebrated heroism, and I think it was well-intended, but ... it is a complex concept that really did weigh heavily on the psyche of healthcare providers,” Johnson said. “While it is recognition for work above and beyond, it does come at a price.”

Being held up as heroes created a new kind of stress. Combined with political strife and misinformation around the pandemic, many hospital staff felt isolated and resentful. Being a hero, Johnson said, is in many ways an unsustainable and unattainable expectation.

"When we think about Wonder Woman, or we think about Superman … failure is generally not an option," he explained. "So, if you're a healthcare hero, how do you manage your patients dying … when you're no longer able to save them? How do you manage being tired or emotional? That’s not something heroes often experience.”

This reality often suffocates, isolates, and silences what people are feeling. The compulsion to meet the “hero complex” standards can quickly lead to burnout syndrome. Hospital staff begins to ignore their own needs and experience unresolved conflict and depression.

Such a sense of confusion and insecurity can lead to stress and unhealthy behaviors. While hospitals often respond to disasters, the pandemic was not short-lived and over quickly. As the disaster enters its second year, frontline staff are at a real risk for maladaptive coping behaviors driven by depression and insomnia, especially among younger staff. These can include drug abuse — including alcohol and tobacco use — domestic violence, and disregard for health protocols.
1(current)
2 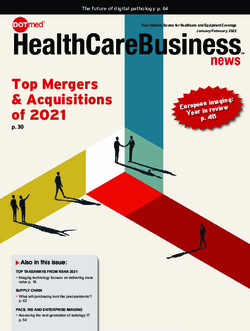