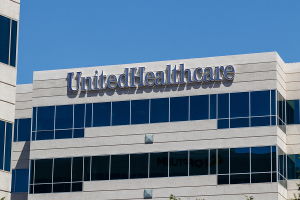 In the face of concerns from competitors and an investigation by the Justice Department, the company’s Optum business has extended the deadline into April of next year, with Change Healthcare reporting the change in a filing with the Securities and Exchange Commission. It said it received a written notice from UnitedHealth this month that it was “exercising its unilateral right to extend the outside date” of the merger plan and agreement to April 5, 2022.”

UnitedHealth still expects to purchase the software and data analytics firm for $13 billion, with Optum saying that Change Healthcare will become a part of the of the OptumInsight business “to provide software and data analytics, technology-enabled services and research, advisory, and revenue cycle management offerings to help make healthcare work better for everyone,” according to Forbes.com.

UnitedHealth and Optum announced their decision to acquire Change back in January for $8 billion, plus an additional $5 billion to pay off Change’s accumulated debt. UnitedHealth saw it as an opportunity to help improve health outcomes and population health, and said the combination would simplify claims transactions, create more transparent payment systems and enhance IT workflow across healthcare systems. Its addition would be the most significant for the OptumInsight business since 2017 when UnitedHealth bought the Advisory Board’s healthcare business for $1.3 billion, reported Forbes.

But critics say that combining two large companies would stifle competition for claims clearinghouse, payment accuracy, revenue cycle management and clinical decision support services. Many were especially concerned about the impact it would have on competition for the sale of healthcare IT services to hospitals and other providers. They also said the deal would increase prices for providers and lower quality of care, and that UHG’s ownership of UnitedHealthcare, the largest healthcare insurer in the country, would allow it to use much of the U.S.’ healthcare data to process and deny claims.

"Post-merger, Optum will have strong financial incentives to use competitive payers' data to inform its reimbursement rates and set its competitive clinical strategy, which will reduce competition among payers and harm hospitals and other providers," wrote the American Hospital Association.
1(current)
2