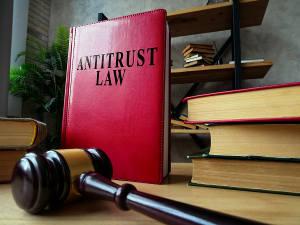 In an antitrust lawsuit filed Tuesday in Chicago, the company said Hillrom has a “stranglehold” on the hospital bed market and has “coerced” large healthcare systems into long-term agreements that bundle multiple product contracts and cut into Linet’s ability to expand in the market through Group Purchasing Organizations, reported Modern Healthcare.

Referring to Hillrom as a “serial abuser of antitrust laws,” Linet alleges that the company took advantage of growing consolidation among hospital systems by offering multiyear, exclusive deals that would encourage integrated delivery networks to purchase multiple Hillrom products together. This was because IDNs often have in-house supply chain functions that control what products their networks of hospitals use, and as a result, Linet says it was unable to compete through GPOs.

Additionally, Hillrom equipped hospitals with its nurse call system, which cannot connect with non-Hillrom beds. "Hillrom's IDN-focused strategy would ensure that the prey had already been caught and tied up by the time Linet could even use its newly won licenses [with GPOs] to start hunting," read the 104-page complaint.

The suit lists a number of hospitals that engaged in these agreements, which were called “Corporate Enterprise Agreements”. Among them were Providence Health, Cleveland Clinic and Universal Health, according to the Chicago Tribune. It says that up to at least 70% of standard, intensive care and birthing beds installed in U.S. hospitals were designed by Hillrom.

Baxter International acquired the bed maker for $10.5 billion in December and plans to expand Hillrom products internationally and move more into physician offices, ambulatory care centers and patient homes. While not named as a defendant in the suit, Baxter’s takeover of the company is alleged to have enhanced Hillrom’s “ability to steamroll” competitors.

“This deal will further lessen competition in the hospital bed market and exacerbate the anti-competitive effects of Hillrom’s existing conduct by creating a ‘super-bundler’ that would hold enormous power over hospitals across multiple product lines, including the full suite of technologically-integrated products that comprise the ‘smart’ hospital room of the future,” alleges Linet in its suit.
1(current)
2